Taiwan’s Caoling Historic Trail With Its Many Distinctive Sights 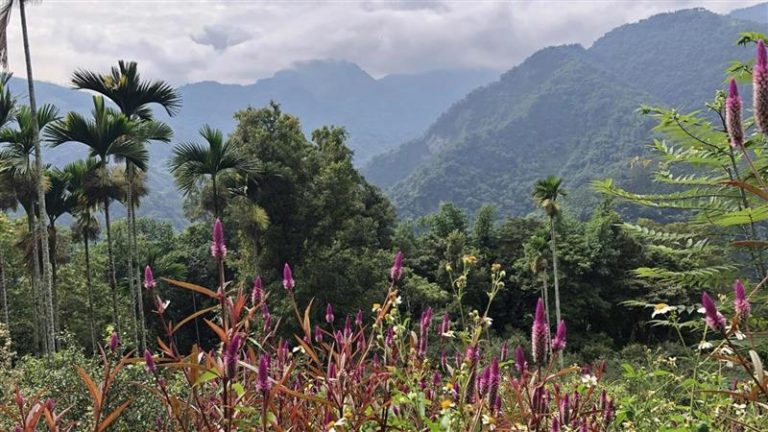 The Caoling Historic Trail is located in the mountainous area of Gukeng Township in southern Taiwan’s Yunlin County. The trail is famous not only because of its stunning scenery, but also because of its quick recovery after several natural disasters.

Please watch the following video of the Caoling Historical Trail:

History of the Caoling Historic Trail

The Caoling Historic Trail was seriously damaged by a massive landslide triggered by a 7.1-magnitude earthquake (Chungpu earthquake) in 1941, resulting in many striking topographic features. In 1999, the area was hit by the devasting 921 or Jiji earthquake with a magnitude of 7.3. It was seriously struck by Typhoon Morakot in August 2009.

When walking further down the trail, visitors are met by a 140-meter-long and 70-meter-wide steep cliff dubbed the Great Steep Wall. As the rock face rises above the river at an angle of 45 degrees, visitors have to climb the steep slope with the aid of fixed ropes. It can be difficult to climb down the slope, but it would definitely be an exciting and unforgettable experience.

At the foot of the Steep Wall is an 85-meter-long suspension bridge at a height of 70 meters above the riverbed. Adjacent to the bridge is a multiple-level platform that offers magnificent vistas of the Clearwater River and the mountains in the distance.

Nestled at the top of a giant beehive rock along the trail is Frog Rock, which is the result of differential weathering and erosion. It resembles a massive crouching frog quietly guarding the trail from above.

Legend has it that there used to be two frog rocks at the top of the cliff, but the female disappeared during a major natural disaster. After that, locals are said to hear the male frog croaking sadly in the night during gloomy Valentine’s Days.

Penglai Waterfall is located about two kilometers northeast in a small village. It falls about 100 meters in twin streams. The waterfall is especially impressive during the rainy season in the summer and early autumn, as it becomes a single stream that can reach up to 5 or 6 meters wide. The top of the waterfall used to be accessible by cable cars, but they were destroyed during the earthquake.

Youqing Valley is one of the most beautiful scenic spots along the Caoling Historic Trail. There is a tourist-friendly wooden plank walkway built along the creek surrounded by intriguing terrain features formed by constant water erosion. With lush leafy green trees on both sides, the valley is very quiet and relaxing.

This stunning staircase is divided into four sections and was constructed along the face of a cliff. It is strenuous and exciting to climb up or down the spiral stairs, but visitors can take in the spectacular view of the Clearwater River and the mountains while climbing.

This distinctive waterfall is about 20 meters high. With a cave at the base, water flows down from the top of a multi-layered huge rock. As the flow resembles a curtain of water, both the cave and the waterfall were named Shuilaindong (Water Curtain Cave).