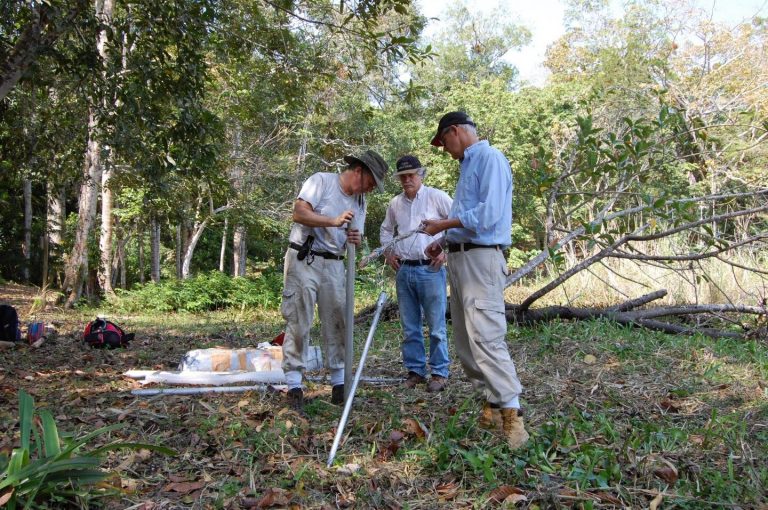 Ancient Maya in the once-bustling city of Tikal built sophisticated water filters using natural materials they imported from miles away, according to the University of Cincinnati. Researchers discovered evidence of a filter system at the Corriental reservoir, an important source of drinking water for the ancient Maya in what is now northern Guatemala.

A multidisciplinary team of UC anthropologists, geographers, and biologists identified crystalline quartz and zeolite imported miles from the city. The quartz found in the coarse sand, along with zeolite, a crystalline compound consisting of silicon and aluminum, creates a natural molecular sieve. Both minerals are used in modern water filtration.

The filters would have removed harmful microbes, nitrogen-rich compounds, heavy metals such as mercury, and other toxins from the water, said Kenneth Barnett Tankersley, associate professor of anthropology and lead author of the study, adding:

“What’s interesting is this system would still be effective today and the Maya discovered it more than 2,000 years ago.”

UC’s discovery was published in the journal Scientific Reports. The project demonstrates UC’s commitment to research as described in its strategic direction called Next Lives Here. The ancient Maya created this water filtration system nearly 2,000 years before similar systems were used in Europe, making it one of the oldest water treatment systems of its kind in the world, Tankersley said.

Researchers from UC’s College of Arts and Sciences traced the zeolite and quartz to steep ridges around the Bajo de Azúcar about 18 miles northeast of Tikal. They used X-ray diffraction analysis to identify zeolite and crystalline quartz in the reservoir sediments. At Tikal, zeolite was found exclusively in the Corriental reservoir. For the ancient Maya, finding ways to collect and store clean water was of critical importance.

Tikal and other Maya cities were built atop porous limestone that made ready access to drinking water difficult to obtain for much of the year during seasonal droughts. UC geography professor and co-author Nicholas Dunning, who has studied ancient civilizations most of his career, found a likely source of the quartz and zeolite about 10 years ago while conducting fieldwork in Guatemala. He said:

“It was an exposed, weathered volcanic tuff of quartz grains and zeolite. It was bleeding water at a good rate. Workers refilled their water bottles with it. It was locally famous for how clean and sweet the water was.”

“It was probably through very clever empirical observation that the ancient Maya saw this particular material was associated with clean water and made some effort to carry it back. They had settling tanks where the water would be flowing toward the reservoir before entering the reservoir. The water probably looked cleaner and probably tasted better, too.”

Some ancient Maya reservoirs were polluted with toxic levels of mercury

In a related paper published earlier this year in Scientific Reports, UC’s research team found that some reservoirs in Tikal eventually became polluted with toxic levels of mercury, possibly from a pigment called cinnabar the Maya used on plaster walls and in ceremonial burials.

“The quality of water put to potable ends has remained difficult to address. This study by our UC team has opened the research agenda by way of identifying the quality of a water source and how that might have been established and maintained.”

Of course, reconstructing the lives, habits, and motivations of a civilization from 1,000 years ago is tricky. Dunning said:

“We don’t have absolute proof, but we have strong circumstantial evidence. Our explanation makes logical sense.”

“This is what you have to do as an archaeologist. You have to put together a puzzle with some of the pieces missing.”

Lentz said the filtration system would have protected the ancient Maya from harmful cyanobacteria and other toxins that might otherwise have made people who drank from the reservoir sick:

“The ancient Maya figured out that this material produced pools of clear water.”

Complex water filtration systems have been observed in other ancient civilizations from Greece to Egypt to South Asia, but this is the first observed in the ancient New World, Tankersley said, adding:

“The ancient Maya lived in a tropical environment and had to be innovators. This is a remarkable innovation. A lot of people look at Native Americans in the Western Hemisphere as not having the same engineering or technological muscle of places like Greece, Rome, India or China. But when it comes to water management, the Maya were millennia ahead.”

Provided by: Michael Miller, University of Cincinnati [Note: Materials may be edited for content and length.]