African Settlers in the City of Guangzhou: A Story of Success and Struggle 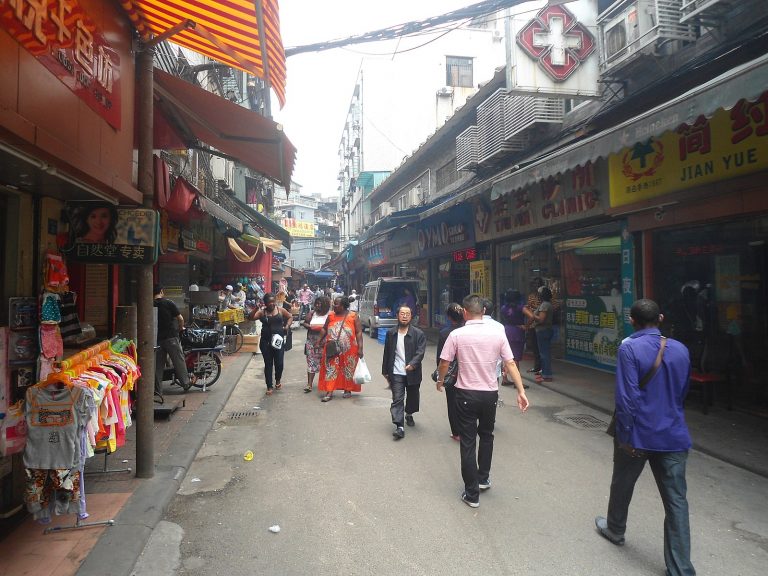 According to official estimates, there are about 100,000 Africans living in the Chinese city of Guangzhou. (Image: via Wikimedia Commons)

According to official estimates, there are about 100,000 Africans living in the Chinese city of Guangzhou. Many of these African settlers came as traders and decided to stay in the country and raise families. And even though several of them have achieved success, the African community continues to face racism from the locals. Meanwhile, weaker economic prospects are also driving many of them to leave the city.

It was in the 1990s that China opened up its manufacturing industry to foreigners. And in addition to the numerous Western businesses it attracted, several African traders also moved into China to take advantage of the opportunity provided by one of the world’s biggest countries.

This settlement of traders also ensured that the nature of African migration to Guangzhou was far different from African immigration in Europe and elsewhere.

“Those people [going to Europe] are usually disenfranchised, with no opportunities, looking to settle … Africans in China are much more entrepreneurial. Many of them have the financial capability to move around and explore new places,” CNN quotes Roberto Castillo, lecturer of African Studies at Hong Kong University.

Despite achieving success, Africans in Guangzhou have had a hard time blending in with the locals. This mostly has to do with the fact that China is largely a very homogenous society, where most people look physically similar. This fuels xenophobic feelings in the Chinese. The huge preference for white skin and a complete disregard for dark skin also plays a big role in Chinese xenophobia against Africans.

“Chinese see somebody like me, and they’re aware of whiteness, but they are simply not aware of Africans, South Asians, and these other groups”, Anthropologist Gordon Mathews says in an interview with Sixth Tone.

The relationship between African settlers and police is strained

The relationship between African settlers and local law enforcement has also been somewhat strained. The African community has accused the police of racist policies on several occasions.

Tensions between both of them increased in 2009 when two Nigerian men reportedly got seriously injured while trying to avoid immigration checks. Africans surrounded the local police station. A similar incident occurred in 2012 when several Africans clashed with the police after reports came in that an African in police custody had died.

In 2013, China passed a stringent immigration law called the Exit-Entry Administration Law, which was mostly aimed at controlling the number of foreigners settling in the country.

And this came as a jolt to the African settlers at Guangzhou as they had to face stricter scrutiny from local law enforcement and immigration authorities. As a result, several Africans started leaving the country. But a more pressing problem that seemed to have added to the African exodus is the fact that their economic prospects in China were looking weak.

“Now we can only earn about US$2,000 on each container of US$20,000 goods. Many people are taking losses after paying fees for visas, air tickets, and other living costs… That’s why a growing number of Africans are leaving,” the South China Morning Post quotes a Congolese trader from Guangzhou.

According to reports, the African population in Guangzhou has been on a decline since 2014. And while many are returning back to their homeland, several others have moved on to explore the opportunities offered by South Asian and Southeast Asian countries.