The Traditional Virtue of Filial Piety Is Well Preserved in Taiwan 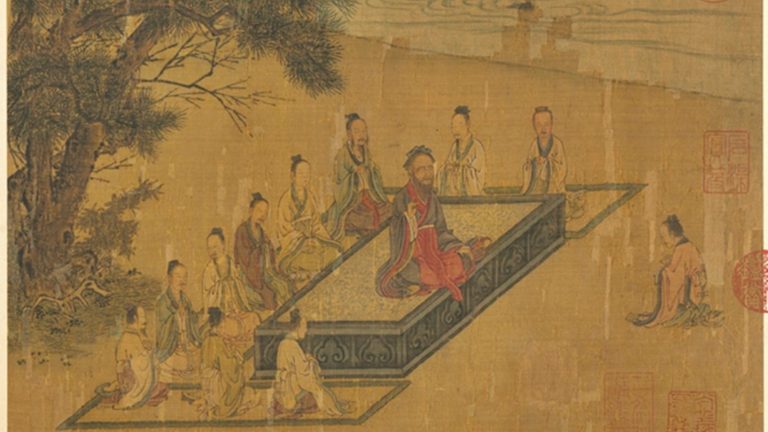 Well goes an old saying: “Of all virtues, filial piety is the first (百善孝為先).”  It is the traditional virtue of respecting and caring for one’s parents and ancestors.

The Chinese character for filial piety

The importance of filial piety in Chinese culture

This virtue is a central tenet of Confucianism and is the main concern of many other classic texts, such as the Twenty-four Filial Exemplars (二十四孝), which were compiled during the Yuan Dynasty (1260-1368) to set examples for posterity.

Not only is filial piety regarded as the cornerstone of education and the guidelines for moral conduct, but it is also seen as the basis for an orderly society.

A bastion of authentic Chinese culture

In contrast to the Chinese Communist regime’s notorious destruction of traditional Chinese culture, Taiwan is widely perceived as a bastion of authentic Chinese culture. Among others, the traditional virtue of filial piety is well preserved in Taiwan, as the Taiwanese government and civil society have long attached much importance to the promotion of this virtue.

To promote and revive this important virtue in the younger generation to enhance the welfare of society, the Ceremony of Filial Piety Award is held by Taiwanese governments and schools at different levels each year. Moreover, Taiwan’s president is invited to present the National Filial Piety Award to the recipients at the annual ceremony organized by the Ministry of Interior.

The Ministry of Education has established a special task force, the National Filial Piety Resource Center, under the Ministry’s K-12 Education Administration (K-12 denoting “from kindergarten to 12th grade”) to promote the virtue of filial piety.

On the other hand, the Ministry has also included filial piety in Taiwan’s education outline. Moreover, the K-12 Education Administration has sponsored a variety of activities to promote this virtue, such as writing competitions,  painting competitions, comic book contests, etc.

There are countless stories of filial piety found in Taiwan at all times. A typical one is a story regarding a Tai Family in southern Taiwan’s Chiayi County.

There are seven children in the Tai family, including four medical doctors or traditional Chinese medicine practitioners. All of them are well-demeaned, with the virtue of filial piety. When their parents were suffering from ailments due to old age, they took turns to take good care of their parents, though some of the children were residing abroad.

They also tried to bring good fortune to their parents by helping others. For one thing, the second son gave volunteer medical consultations to people in need. For another, the third son donated an ambulance to a hospital in his mother’s name and donated money to support a total of 38 orphans regularly.

The good influence of virtue

According to the eldest daughter Linda, her father often reminded the children: “We should never take advantage of others, and it doesn’t matter to be taken advantage of by others.” On the other hand, her mother also taught them:  “If we have a bowl of rice, we should share half of it with others.”

“Contentment, gratitude, understanding, and forgiveness are the four virtues that our parents had left behind,” Linda added. “They are the legacies of the Tai Family.” Therefore, the children’s filial piety should have been related to their parents’ good virtues.