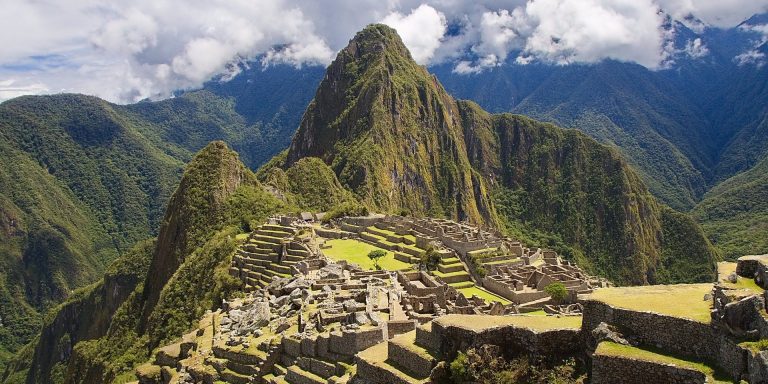 Machu Picchu, like other tourist sites around the world, has been closed while nations are under travel restrictions brought about by the COVID-19 pandemic. (Image 4758892 via Pixabay)

Ever since the COVID-19 pandemic broke out, Peru, like all other nations, has been under strict travel restrictions. Tourist sites like Machu Picchu were also closed to visitors. However, the government of Peru opened Machu Picchu for a single tourist recently. Why? Read on to find out.

Jesse Katayama arrived in Peru in March and was scheduled to only stay for a few days. However, he ended up remaining stuck in the country due to travel restrictions. Katayama could not even visit Machu Picchu for which he had traveled a great distance. The 26-year-old spent his time in Peru teaching boxing classes to local children.

Unable to wait longer, Katayama submitted a special request to Culture Minister Alejandro Neyra explaining his situation. Neyra soon arranged for special permission and Katayama successfully became the first foreigner to enter the site in many months. The government decision came as a way to highlight the fact that Peru was awarded the “Safe Travel” seal by the London-based World Travel and Tourism Council. The seal is an indication that Peru is a safe tourist destination that fulfills international hygiene and safety standards against COVID-19.

Katayama noted that he had a good experience during his stay in Peru and that he had made a lot of friends during the time. “This tour is truly amazing… Thank you Minister for Culture Alejandro Neyra for letting me see this,” Katayama said, as reported by ABC News. Machu Picchu is scheduled to open for foreign tourists in November, at which time it will allow in 30 percent of its normal capacity of 675 people per day. The site usually gets 1.5 million visitors a year and is the biggest tourist attraction in the country.

Around 17 archaeological sites in the country have been reopened recently, with nine more set to reopen by the end of next month. Six sites will be opened between November and January. When it comes to COVID-19, Peru is one of the worst affected countries in the world, registering 890,574 cases, with a staggering deaths per million figure of 1,033.

Machu Picchu is located on a mountain ridge at a height of 7,970 feet. It was built around the mid-1400s. However, it was only brought to international attention in 1911 when the site was discovered by archaeologist Hiram Bingham. A UNESCO world heritage site since 1983, Machu Picchu was named one of the new Seven Wonders of the World in 2007.

Since the city is located high in the mountains, a blanket of mist usually covers it during midday. Some people might feel as if they are floating in the clouds. There have also been stories of ghosts and spirits rising from the ground and kidnapping people. Since the Incas never kept any records, it is unclear as to why they left the place. Machu Picchu was only populated for 100 years before being abandoned. Some speculate that the Incas might have run off, attempting to escape a smallpox outbreak.

The Incas developed a wide communication system and trails 18,000 miles long connecting Machu Picchu with other regions. Interestingly, the builders actually made the structures in the city earthquake-proof. It is said that when an earthquake does strike the site, the stones tend to dance.