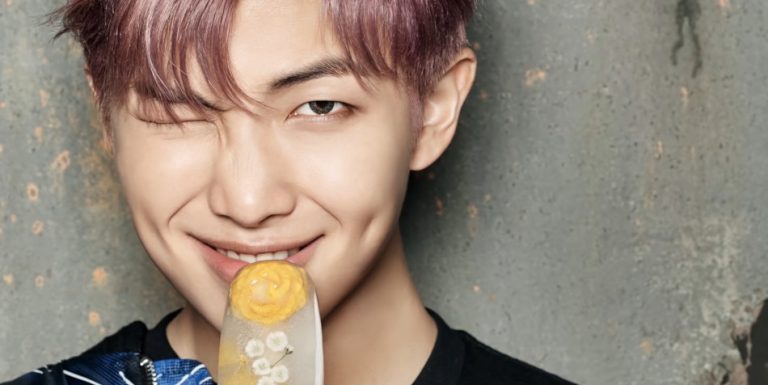 The leader of K-pop band BTS triggered a huge controversy in China after he thanked Korean War veterans for their sacrifice. (Image: Screenshot via YouTube)

The South Korean K-pop band BTS has triggered a huge controversy in China after its leader, who goes by the name RM, thanked Korean War veterans for their sacrifice. The Korean War was fought between South Korea supported by the U.S. as the main ally, while North Korea was supported by China.

The Korean War was triggered after North Korean forces invaded South Korea on June 25, 1950. The war ended in a stalemate and the Korean Demilitarized Zone was established. On one side, 162,394 South Koreans and 36,574 Americans were dead or missing. On the other side, around 335,000 to 526,000 North Koreans and 208,729 Chinese personnel were missing or dead. BTS was taking part in an award ceremony celebrating relations between the U.S. and South Korea when RM made his comments.

“We will always remember the history of pain that our two nations shared together and the sacrifices of countless men and women… After 70 years, the world we are living in is much closer than before. Boundaries in many aspects are getting more blurred… As members of the global community, we should build a deeper understanding and solidarity to be happier together,” he said, as reported by AP News.

The Chinese took this comment as an insult since RM failed to mention the “sacrifice” made by Chinese troops. In China, people are brainwashed by the Chinese Communist Party (CCP) to believe that the Korean War was instigated by the U.S. and that the ultimate aim of NATO was to invade China. As such, the Chinese end up believing that they were the good guys when in fact Beijing was one of the main culprits for starting the war. It is from this skewed perspective that the Chinese saw RM’s neglect of Chinese military personnel as an insult.

RM’s comment has triggered an online call for boycotting BTS in China. Some users commented that the boy band should not be allowed to make money from the Chinese market. In fact, the scandal has already started affecting BTS. Advertisements featuring BTS have been removed by brands like Hyundai and Samsung.

China-backed Global Times fanned the flames by stating in an article that the U.S. was the aggressor in the war and that RM’s speech was basically playing up to American citizens. Some CCP sympathizers even claimed that they do not find BTS’ songs good anymore.

The issue was taken up a notch by Chinese President Xi Jinping who parroted Party propaganda, claiming that China fought against imperialist powers in the Korean War, defeating the opponent and breaking the myth that the American military was invincible. Xi has a very poor public image in South Korea. A poll by Pew Research showed that almost 83 percent of South Koreans had zero confidence that Xi would do the right thing on international issues.

The Korean War is just one example of how the Chinese regime twists history to suit its interests. Beijing’s propaganda division consistently shapes narratives to make it seem as if the CCP is always in the right. For instance, the Chinese are taught that Tibet is a part of China. This is historically wrong since Tibet had its own separate identity for several centuries before Communist China annexed the region last century.

At present, one narrative Beijing is trying to revise is regarding the COVID-19 pandemic. By colluding with its supporters worldwide, the Chinese government is pushing the idea that the virus did not originate in China at all and that it might have been brought into the country and spread by an outside force. Though it sounds ridiculous, the danger of lies being told repeatedly is that some people might end up believing them to be true.