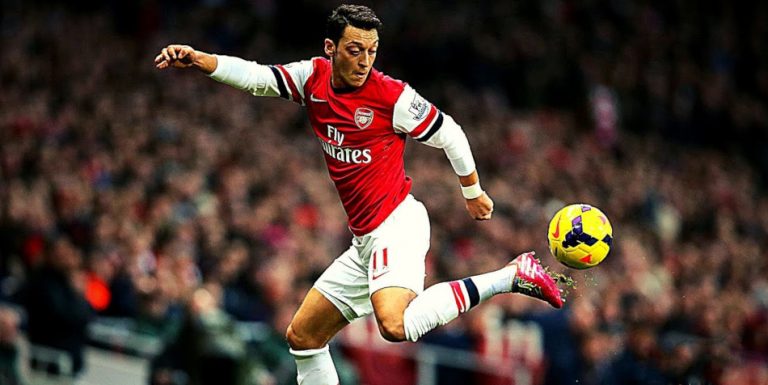 Soccer midfielder Mesut Özil who plays for Arsenal has been left off of the club’s Europa League and Premier League squads. (Image: Screenshot via YouTube)

Soccer midfielder Mesut Özil, who plays for Arsenal, has been left off of the club’s Europa League and Premier League squads. Özil has previously spoken against China’s persecution of the Uyghur minority and this is speculated to be the reason why he has been sidelined by the team.

Mikel Arteta, manager of Arsenal, has taken full responsibility for excluding Özil, stating that it was purely a “football decision” and that he has made a fair decision. Özil was clearly not happy with the way things transpired, accusing Arsenal of disloyalty and stating that he would continue his crusade against inhumanity.

His statement is thought to be a reference to a social media post last December in which Özil lashed out against Beijing. The Chinese regime responded by not streaming the coverage of an Arsenal game. They also removed Özil’s profile, which had 4 million followers on Weibo.

Dr. Erkut Sögüt, Özil’s agent, also lashed out at Arteta, claiming that his client has not been treated justly. Sögüt revealed that he had talked to five Arsenal team members who admitted that they could not understand why Özil was left off of the team even though he is training well.

“You didn’t fail Özil. You failed to be fair, honest and transparent and treat someone with respect who has a contract and was loyal all the time… Imagine a football player comes out and says ‘this is inhumane’. Is that politics or empathy? Mesut cannot speak now because of confidentiality, but one day he will, and we’ll see what people think,” Sögüt said to the BBC.

Arsenal has repeatedly distanced itself from Özil’s statements on Uyghur persecution, stating that they do not wish to be involved in politics. However, Özil points out that Arsenal has supported the Black Lives Matter movement, thereby taking a political stance. As such, he is aghast that the team is trying to avoid standing up against the Chinese government’s atrocities by saying that they want to remain separated from political issues.

Guillem Balagué, a football expert, is not happy with Özil’s statements against his team and said that the player should “look at the mirror himself.” Balagué finds the suggestion that Özil has been removed from the team due to his political stance a “distraction.” He states that though Özil is talented, talent alone is not enough when you are playing in the elite since other factors like commitment to the team, faith in the leader, etc., also come into the equation.

Former Arsenal midfielder Jack Wilshere called Özil a great player and admitted that the expulsion would be frustrating for him. Ex-Arsenal striker Ian Writer believes that the entire situation is “sad” and feels gutted that Özil won’t get a chance to play.

In October, U.S. Senators sought to declare the human rights abuses committed by China against Uyghurs to be genocide. Republican Senator John Cornyn, who sponsored the resolution, stated that such a declaration is the first step toward holding China accountable for its monstrous action. Senator Jeff Merkley points out that the resolution would show that the United States cannot stay silent as China continues its attack against the Uyghur minority.

Washington has consistently criticized the Chinese regime for its actions against Xinjiang Uyghurs, even placing sanctions on the Chinese Communist Party’s (CCP’s) top official in the region. However, the administration has stopped short of calling the persecution a genocide. Secretary of State Mike Pompeo said that the CCP’s actions remind the world of what happened in Germany in the 1930s.