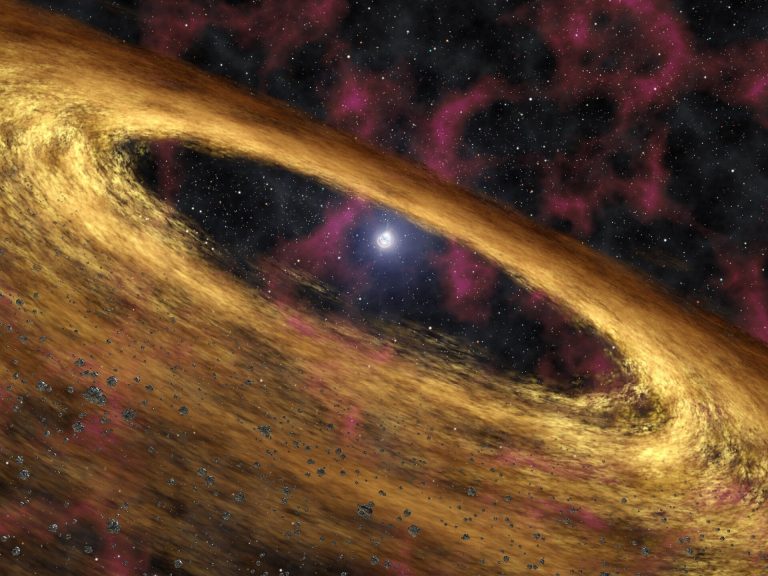 The Insight-HXMT team has performed extensive observations of the accreting X-ray pulsar GRO J1008-57 and has discovered a magnetic field of ~1 billion Tesla on the surface of the neutron star. This is the strongest magnetic field conclusively detected in the universe. This work, published in the Astrophysical Journal, was primarily conducted by scientists from the Institute of High Energy Physics (IHEP) of the Chinese Academy of Sciences and Eberhard Karls University of Tübingen, Germany.

Scientists studied the X-ray pulsar GRO J1008-57 detected by Insight-HXMT during its outburst in August 2017. They discovered for the first time a cyclotron resonant scattering feature (CRSF) at 90 keV at a significance level of >20σ. (Note that the scientific community confirms a new scientific discovery when its significance level is larger than 5σ.)

According to theoretical calculations, the magnetic field that corresponds to this CRSF is up to 1 billion Tesla, which is tens of millions of times stronger than what can be generated in Earth laboratories.

As a result, these sources are also called “pulsars.” Previous studies have shown that a peculiar absorption feature (known as a “cyclotron resonant scattering feature”) can sometimes be found in the spectrum of X-ray pulsars. Scientists believe this is caused by transitions between the discrete Landau levels of electronic motion perpendicular to the magnetic field. Such a scattering feature acts as a direct probe to the magnetic field near the neutron star’s surface.

Insight-HXMT was proposed by IHEP in 1993 and was successfully launched in June 2017. IHEP is responsible for scientific payloads, ground segments, and scientific research involving this satellite.