‘Purple Heart’ – A Song Born From Gratitude on Veterans Day 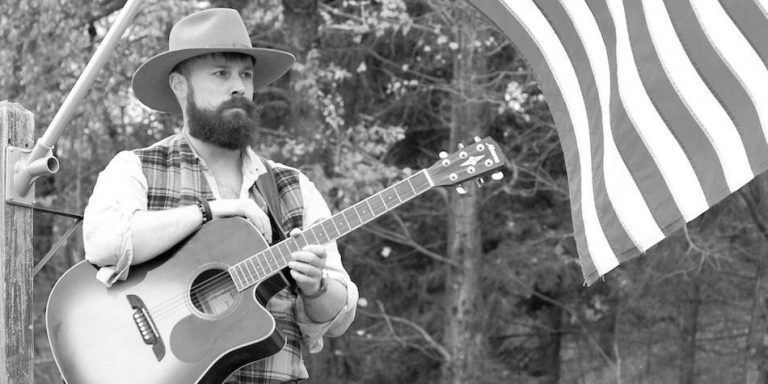 Singer/songwriter James H. White has just released his debut single Purple Heart, an epic-sounding Americana song about a fallen soldier that echoes tones of Johnny Cash with the goodness of gospel music.

James co-wrote the song with Katy Mantyk. It was produced under James’ record label, ICONS UNITE, in partnership with producer David English, known for his rich history of music across all genres and centuries.

The music video clip, made by filmmaker Mathias Magnason, has been released just in time for Veterans Day. It is a harmony of country, folk, and choral music with classical orchestration.

Please watch this music video of the song Purple Heart:

Veterans Day (also known as Armistice Day) is celebrated on November 11th. It is a day people in the U.S. give their thanks to those who served their country. They honor those who have made such sacrifices so others can live freely.

“The inner fortitude and sacrifice of soldiers has always inspired me. My grandfather, father, and uncle served. My ancestors served. I feel indebted to America’s servicemen and women, as they’ve given me the freedom to speak my mind, believe what’s in my soul, and live freely. These gifts of Liberty are impossible to pay back. I am eternally grateful.”

The vocal qualities of the artist are deep, hoarse, and gently unfold as the story is told. The song feels like it is stretching back through all the eons to reach out and recognize every single soldier or warrior (man and woman) who has served and made sacrifices for the greater good — living and dying with honor.

New Zealand songbird Katy Mantyk’s vocals bring pure melodies in the imaginings of a mother and wife that has to sacrifice her man. This loss is also great, but not without reason.

The trumpet solo is brilliant, powerful, and stately — played by Russian trumpet player Aleksandr Antonov. Richard Woodman, a Canadian First Nations country artist, adds big pipes to the piece and backing vocals are by Victoria May.

As the song builds toward its final chorus, out strikes the powerhouse voice of Mika Hale — if you’re not feeling goosebumps already, then you will be by now.

James H. White drew together artists from Canada, Russia, the United Kingdom, New Zealand, and America to produce Purple Heart. The spirit of sacrifice and love of Liberty live through all people.

Purple Heart is available on all digital platforms on November 6th and can be downloaded at https://jameshoustonwhite.com

For its first year of release, 10% of the profit from digital downloads of Purple Heart will be donated to TAPS (Tragedy Assistance Program For Survivors)

“TAPS provides comfort, care, and resources to all those grieving the death of a military loved one. Since 1994, TAPS has provided comfort and hope 24/7 through a national peer support network and connection to grief resources, all at no cost to surviving families and loved ones.”