Rice Porridge Is the Best Tonic 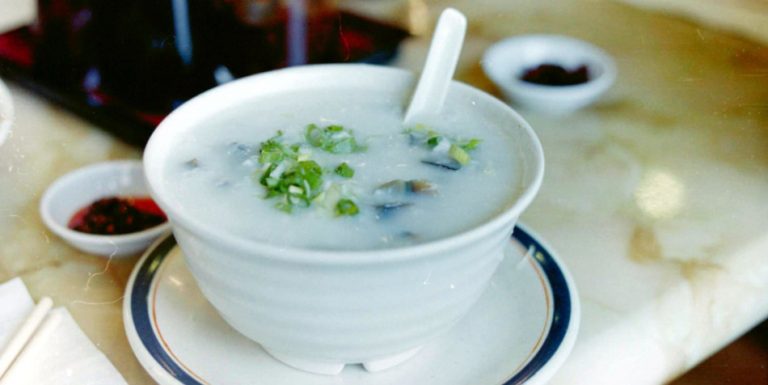 Ancient people of the East frequently praised rice porridge, also known as congee, as the best food for humans to eat. Whether for convalescence after illness or everyday health care, the simple and inexpensive dish is an easy food therapy that anyone can afford to prepare and eat in order to maintain or develop good health.

White rice can be divided into long and short-grain varieties. Short grain rice is more suitable for porridge. The glutinous type, however, is not recommended for porridge due to its dense stickiness.

Glutinous rice is hard to digest and should be avoided for young children and weak people. Nevertheless, its medical effects such as warming up the stomach, stopping diarrhea, lessening urination and sweating, and inducing acne breakouts to clear the skin are exceptions. In these cases, it is beneficial to use glutinous rice in making porridge.

People who have stomach problems should choose short-grain glutinous rice, which is softer, easier to digest, and causes less flatulence.

Li Shizhen, the famous physician of the Ming Dynasty, suggested that gorgon nuts (the gorgon nut is the edible seed of the Makhana plant) should be cooked with short-grain rice. Rice porridge made this way can increase stamina, sharpen the eyes and ears, promote circulation, nourish the main organs, and improve the complexion.

Another great physician, Zhang Mu of the Qing Dynasty also remarked that people who are too weak or those who pass a watery stool no matter what they eat can drink rice porridge for a cure. The way to make it is to put water and rice into an earthen pot. When it is cooked, scoop away the cooked rice and add new rice to the juice to cook again until the new rice is well done and the juice is very thick. Rice porridge cooked in this way is said to replenish strength and vigor.

How to make good rice porridge

It is important to master the ratio between rice and water and to put in sufficient water in one go. Adding water halfway will dilute the juice and decrease the stickiness and richness. In general, the ratio between water and rice is 15:1 for thick porridge and 20:1 for thin porridge. When planning to cook it for two hours, the ratio is adjusted to 20:1 and 30:1 respectively.

The cooking utensil can be made of any material. However, an earthenware pot is recommended because it keeps the warmth well. It heats up the grains evenly and consistently and makes the porridge soft and sticky.

A 2-hour cooking time is optimal because it allows all the grains to mash together and melt for perfect consistency.

Translated by CC and edited by Helen