‘In Search of Forgotten Colors’: A Documentary About the Beauty of Natural Dyes 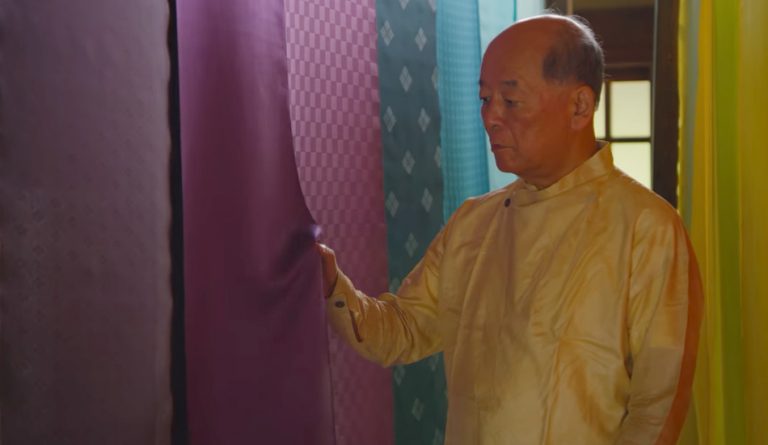 'In Search of Forgotten Colors' is one of the four short documentaries by Japan’s national broadcaster NHK that explore Sachio Yoshioka’s work on natural dyes. (Image: Screenshot via YouTube)

In Search of Forgotten Colors is one of the four short documentaries by Japan’s national broadcaster NHK that explore Sachio Yoshioka’s work on natural dyes. Yoshioka is the fifth-generation head of the Somenotsukasa Yoshioka dye workshop in Fushimi.

In 1988, Yoshioka took over his family business and immediately stopped using synthetic colors and moved to dyes using natural materials. Yoshioka believes that the colors obtained from plants are of better quality when compared to synthetic dyes, which is the main reason he continues doing what he does. Plant-based dyes can be made from flowers, roots, leaves, berries, and bark.

In the past, clothes were colored using vegetables. After synthetic dyes were invented in the mid-19th century, vegetable dyes fell out of use. In his quest to revive lost dyeing techniques, Yoshioka goes through historical documents and textile samples. Yoshioka has devoted almost three decades to understanding the art of dyeing with plants. In Search of Forgotten Colors is just over 5 minutes long. You can watch the short documentary here. In addition, three more mini-documentaries about natural dyes can be viewed in the video.

In an interview with Toki, Yoshioka pointed out that even though he is fond of traditional organic dyeing, it is less suitable for modern society. The Japanese technique of organic dyeing consumes lots of water, natural ingredients, and other resources. In addition, finding the right natural ingredients to create the exact color pigment is a very time-consuming process.

“In a society where instant gratification has become the norm, this process (natural dyes) might be overlooked for cheaper and synthetic alternatives. However, Yoshioka made a point that he isn’t necessarily continuing the tradition of dyeing to preserve the art; he believes that using natural dyes and pigments can create the most beautiful colors in the world, and he strives to recreate this beauty,” according to Toki.

The color of natural dyes also tends to fade off faster. At the same time, color consistency is somewhat unstable when compared to synthetic dyes. Finally, the ingredients used to produce natural dyes may not be available all year round.

Synthetic dyes offer more choices when it comes to color. The strength of the color also lasts longer, meaning that you can use the dress for a long period of time without having to worry about the color fading off quickly. On the flip side, synthetic dyes can be harmful to people and the environment due to the use of various chemicals.