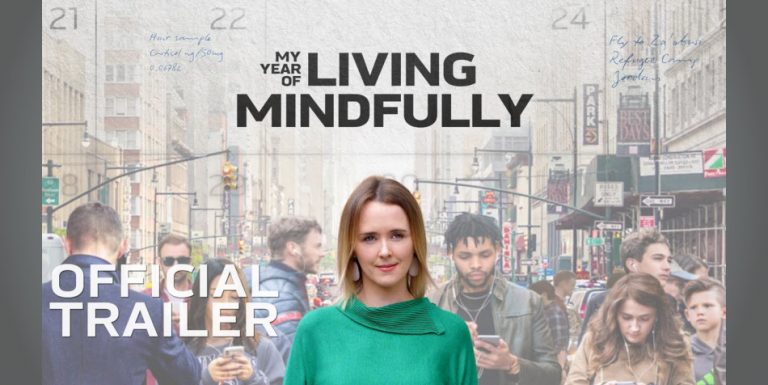 ‘My Year of Living Mindfully’ is a documentary made by filmmaker and journalist Shannon Harvey. (Image: Screenshot via YouTube)

My Year of Living Mindfully is a documentary made by filmmaker and journalist Shannon Harvey that explores how useful mindfulness meditation can be in helping us deal with mental issues. Just over an hour and a half long, the documentary contains interviews with 18 scientists and numerous compelling stories that make you think about what it means to be human and what life is all about.

Shannon was suffering from an incurable autoimmune disease and insomnia when she realized that she had to make some changes to her life. The journalist looked through numerous recommendations online, from diet programs to exercise regimens, and so on. However, she couldn’t find anything tangible that could help with her mental well-being. Shannon decided to subject mindfulness meditation to a scientific study and roamed the world meeting people from all kinds of backgrounds. My Year of Living Mindfully is the result of this research and experience.

In the documentary, it is shown that people who meditate are likely to recover quickly after experiencing stressful situations. In contrast, those who do not meditate tend to be bogged down by such events for a longer period of time. With mindfulness, we tend to become less attached to things that can affect our minds, thereby becoming more peaceful. In one experiment, it was shown that participants who underwent a 4-week mindfulness program were five times more likely to quit smoking.

For the documentary, Shannon herself meditated every single day for an entire year. And the results came out quite promising. She discovered that there was a down-regulation in her gene that controls inflammation. She also discovered that her desire to nurture and nourish the mind became greater. Tests show that her hippocampus grew during the period, which allowed her to control emotions and self-awareness better. Symptoms of her auto-immune disease improved so much that feelings of pain subsided. Plus, issues like insomnia also abated.

Perhaps the most heart-warming section of the documentary is her visit to a large refugee camp. The refugees are filmed while participating in mindfulness training, which helps them cope with the harsh reality of their daily life. My Year of Living Mindfully is rated 8.9 out of 10 on IMDB. The documentary is currently available on Amazon Prime in some countries. This is a must-watch for people who are into topics like spirituality and consciousness.

Mindfulness meditation has been shown to improve our ability to deal with illness. One therapy program for cancer patients found that mindfulness facilitated post-traumatic growth and boosted the participants’ vigor while also removing fatigue. Another study on patients suffering from low back pain discovered that mindfulness decreased their feelings of pain while improving their capacity to function independently. Women afflicted with breast cancer experienced increased self-kindness when they underwent mindfulness training.

Among students, mindfulness was found to have increased their curiosity, improved patience, and made them more confident about themselves. Many students are known to consume alcohol to deal with stress. Mindfulness meditation can act as an alternative, helping sever the students’ dependence on alcohol. In fact, one study found that students who practiced mindfulness had lower rates of problematic drinking.