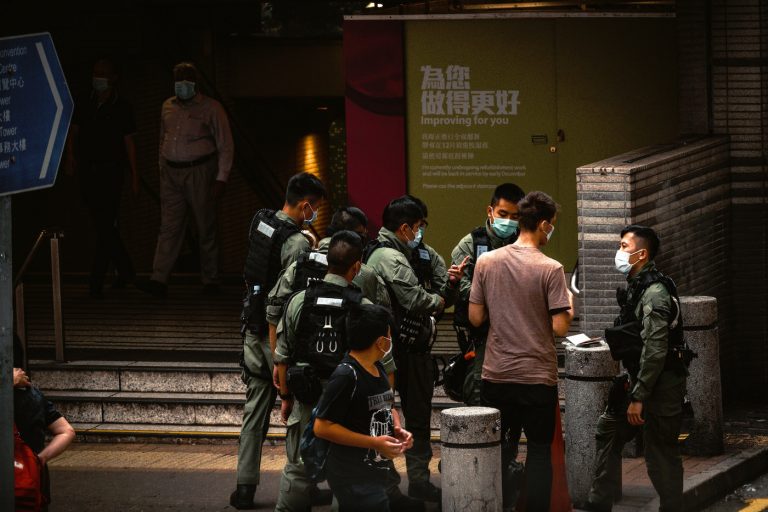 Foreign ministers of the U.S., Australia, Canada, New Zealand, and the UK have jointly raised concerns over the diminishing of Hong Kong’s freedoms after Beijing enacted a new set of rules to disqualify elected legislators in the semi-autonomous city.

The foreign ministers reiterated their serious concerns over a Chinese government resolution that resulted in the expulsion of four opposition members from Hong Kong’s legislature for “endangering national security” on November 11.

“Following the imposition of the National Security Law and postponement of September’s Legislative Council elections, this decision further undermines Hong Kong’s high degree of autonomy and rights and freedoms,” the foreign ministers said in a combined statement on November 18.

On June 30, Beijing imposed the controversial National Security Law on Hong Kong that criminalizes “secession, subversion, and collusion with foreign forces”. The implementation of the law followed large-scale pro-democracy protests in the city that first began in mid-March 2019 as a reaction toward a controversial extradition law that was later canceled.

“China’s action is a clear breach of its international obligations under the legally binding, UN-registered Sino-British Joint Declaration. It breaches both China’s commitment that Hong Kong will enjoy a ‘high degree of autonomy’, and the right to freedom of speech,” the foreign ministers said.

Signed in 1984, the Sino-British Joint Declaration included a “one country, two systems” arrangement that granted Hong Kong the mentioned high degree of autonomy beginning from the handover in 1997 until 2047.

The foreign ministers said Beijing’s disqualification rules appear to be part of a concerted campaign to silence all critical voices that follow the postponement of the Legislative Council elections, the imposition of charges against a number of elected legislators, and actions to undermine the freedom of Hong Kong’s vibrant media.

They called on Beijing to cease undermining the rights of the people of Hong Kong to elect their representatives.

“For the sake of Hong Kong’s stability and prosperity, it is essential that China and the Hong Kong authorities respect the channels for the people of Hong Kong to express their legitimate concerns and opinions,” the foreign ministers said, while adding that they expected Beijing to live up to its international commitments.

The foreign ministers come from countries that make up the Five Eyes intelligence-sharing alliance.

The United States and China have agreed to a “phase-one” trade deal that will prove ...

The U.S. May Soon Finalize a Trade Deal With China

Over the past several past months, the U.S. has been facing a trade conflict with China ...