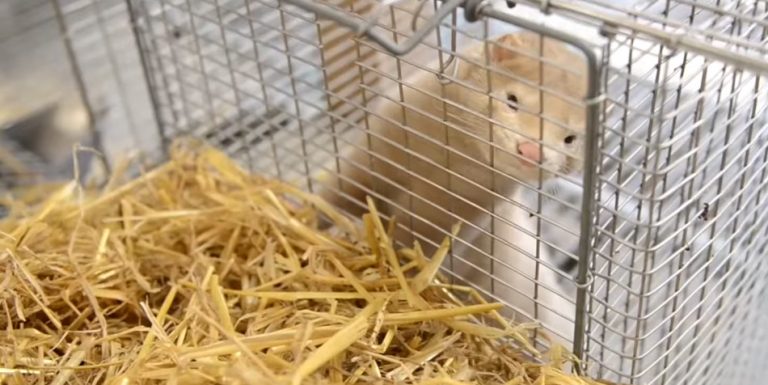 Danish officials plan to kill off the country’s 15 million farm minks due to coronavirus concerns. (Image: Screenshot via YouTube)

Danish officials recently announced plans for the mass culling of minks on the country’s 15 million farm minks due to COVID-19 concerns. As a result, one of the largest fur sellers in the country, breeder-owned cooperative Kopenhagen Fur, has declared that it will be shutting down within the next two to three years.

Denmark is the world’s largest producer of mink fur. Concerns about COVID-19 rose after scientists from the Statens Serum Institute in Copenhagen detected mutations in some strains of COVID-19 found in minks. Some people were also found to have been infected with this mutation. Soon, the government of Denmark gave the order for the mass culling of minks. More than one in five mink farms in the country have been infected with the coronavirus and will probably need to shut down.

Kopenhagen Fur, founded in 1930, is owned by 1,500 farmers who raise more than 16 million minks every year. Culling the minks would mean that most of the farmers would suffer severe financial losses. Since the minks will be slaughtered, ownership of Kopenhagen Fur will also naturally change, as many of the current owners will soon lose their minks. This is why the company decided to conduct a controlled shutdown over the next few years.

In the coming weeks, Kopenhagen Fur will receive around 5 to 6 million mink pelts. Adding this stock to the existing stock of around 6 million pelts, the company is expecting to see regular sales for 2021, which will likely be the last normal season of Kopenhagen Fur. Nationwide, the mink fur industry employs around 6,000 people.

The government order will inevitably put the industry in a crisis. Though the administration has promised to compensate the farmers, no details about such compensation have been revealed. Estimates have been made that culling 15 million minks could cost up to US$785 million.

PETA celebrated Kopenhagen Fur’s shutdown, with President Ingrid Newkirk saying: “Fur is well and truly dead.” Many animal activists also claimed that the closure of the mink farms will push people toward more sustainable faux mink fur coats that do not involve any animal casualties. However, the claim that faux fur coats are more sustainable than natural mink is something that is heavily contested. Magnus Ljung, CEO of Saga Furs, says that such sustainability claims are only a myth.

“Fur is the most sustainable product and I believe our product is the perfect match for young, responsible consumers… Mink eat 100 percent by-products, we make biofuel and biogas out of the manure, and cosmetics of the fat — and on top of that, fur is a 100 percent recyclable product, which lasts for decades,” Magnus said to South China Morning Post.

The closure of mink farms in Denmark could turn out to be an opportunity for other nations. Henning Otte Hansen, the senior adviser in the department of food and resource economics at the University of Copenhagen, believes that China and Russia will see an increase in mink fur production. China is already the world’s largest market for mink pelts, with domestic consumption of around 12 million pelts annually.

Around 20 to 30 pelts are needed to make a long coat, while 15 to 20 pelts are sufficient to produce a small one. For a long time, China has wanted to adopt the Danish mink fur production model in which the breeders and auction houses make up a single entity. The COVID-19 pandemic might just allow them to fulfill this goal.