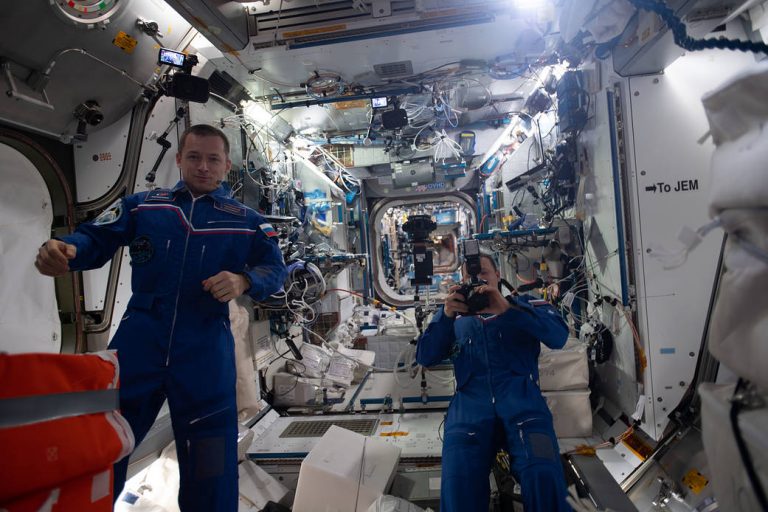 It appears that gravity affects genes Living at low gravity affects cells at the genetic level, according to a study of worms in space. Genetic analysis of Caenorhabditis elegans worms on the International Space Station showed “subtle changes” in about 1,000 genes.

“We looked at levels of every gene in the worms’ genome and identified a clear pattern of genetic change. These changes might help explain why the body reacts badly to space flight. It also gives us some therapy targets in terms of reducing these health effects, which are currently a major barrier to deep-space exploration.”

The study exposed worms to low gravity on the International Space Station, and to high gravity in centrifuges. The high-gravity tests gave the researchers more data on gravity’s genetic impacts, and allowed them to look for possible treatments using high gravity in space. Lead author Craig Willis, of the University of Exeter, said:

“A crucial step towards overcoming any physiological condition is first understanding its underlying molecular mechanism. We have identified genes with roles in neuronal function and cellular metabolism that are affected by gravitational changes.

“These worms display molecular signatures and physiological features that closely mirror those observed in humans, so our findings should provide foundations for a better understanding of spaceflight-induced health decline in mammals and, eventually, humans.”

“This study highlights the ongoing role of scientists from Europe and the UK in space flight life sciences research.”

The study was partly funded by BBSRC.

The paper, published in the journal iScience, is entitled Comparative transcriptomics identifies neuronal and metabolic adaptations to hypergravity and microgravity in Caenorhabditis elegans.