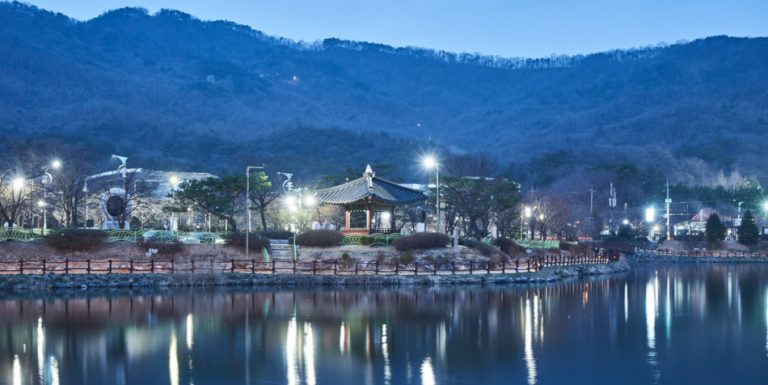 When it comes to fengshui, being kind and doing good deeds are more important than choosing favorable locations. (Image: Michael Kim via Flickr)

In the past, there was a man who wanted to build a house, and he invited a feng shui master to check the location. Just as they got near it, they saw birds flying out of some trees. The man said to the feng shui master: “Let’s do this another time. There must be children climbing up the trees to pick peaches, and they are scaring the birds out of the trees. If we go there now, we may scare the children. I don’t want to make them fall from the trees.”

The feng shui master replied: “You do not need me to check the location. Your kind heart is the best feng shui. No matter where you build the house, it will certainly bring you a smooth life and fortune.”

Good site donated for a school

Fan Zhongyan of the Northern Song Dynasty was a famous politician and writer who is well-remembered for the verses from his book Memorial of Yueyang Tower.

“Do not be thrilled by things, nor saddened by one’s fate.”

“Worry before others worry; be happy after others are happy.”

Believing in Buddhist teachings, he was an honest, upright official. He loved the people and recognized the importance of education.

One day, he bought a piece of land to build a house. A feng shui master inspected it and told him that the place was excellent — luck and fortune would be enjoyed for generations.

After hearing these words, Fan Zhongyan donated the land to build a school. He wanted children to have the chance to study. He reasoned: “To let the children and grandchildren of all the people be successful and prosperous is better than to let just my family receive the blessings.”

Fan Zhongyan’s four sons grew up to be talented people themselves and all developed successful official careers. The Fan clan and successive generations remained prosperous for 800 years. They were blessed tremendously because of Fan Zhongyan’s good deed and their observing of his rule to “worry before others worry; be happy after others are happy.”

The ancients believed in the importance of virtue over personal gains. They often helped others in need and treated the people and situations they encountered in a kind way. Blessings will come and misfortune will go as a result. Like they say: “One’s viewpoint comes from one’s heart; change yourself to change adversities.”

Pei Du was puzzled. “You said I would die on the street from hunger a month ago and now you said I would be a chancellor. Why is that?” The monk answered: “You have done a good deed after my predicted words. It not only eliminated the misfortune but also changed your fate.”

What happened was Pei Du picked up a jade belt on the street. He waited for the owner, but no one came after a whole day. Others said: “You have waited for so long. That is good enough. As you are so poor, why don’t you keep the jade belt for yourself?” Pei Du declined and insisted on waiting. The owner finally appeared and wanted to repay him for his good deed. Pei Du declined the offer. He waited simply because he thought it was the right thing to do.

When people exhibit good qualities such as keeping kind thoughts, being generous, maintaining peace of mind, and staying positive and diligent, they will be protected and blessed by Heaven.

Translated by CC and edited by Helen, David