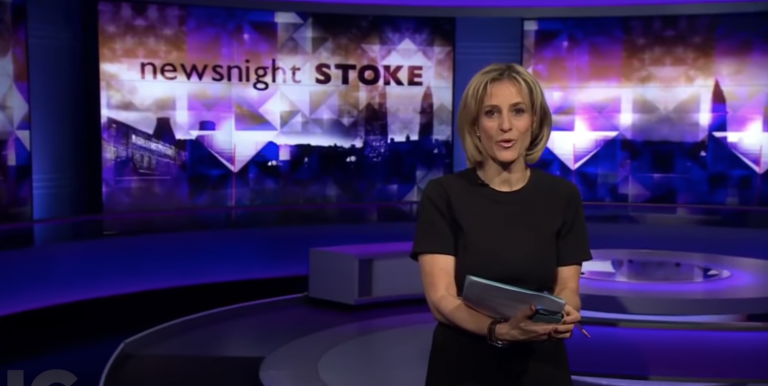 The British government used its authority to have the BBC cancel a planned program about communist China’s organ harvesting abuses. (Image: Screenshot via YouTube)

The United Kingdom’s Foreign & Commonwealth Office (FCO) used its authority to have BBC cancel a planned program about communist China’s organ harvesting abuses, according to rights figures and members of Parliament.

On Nov. 4, Sir Geoffrey Nice, QC, Chairman of the independent China Tribunal, said during a webinar hosted by the China Research Group that the UK government “walked into the BBC and asked them not to show” a program about the organ harvesting before it was scheduled to air.

The program, which was to debut on BBC’s Newsnight on June 17, 2019, was said to have consisted of interviews with Sir Nice, Dr. Jacob Lavee of Israel, as well as several witnesses to the organ harvesting abuses in mainland China.

The China Tribunal concludes that organ harvesting was happening in China

That day was the same day that the China Tribunal handed down its judgment that organ harvesting had taken place for many years on a “significant scale.”

Since the mid-2000s, human rights experts and investigative journalists have alleged that tens, possibly hundreds of thousands of Chinese imprisoned for their religious beliefs or political dissent have been murdered in a Chinese Communist Party-sanctioned organ transplant industry operating across the country’s hospitals.

“The Tribunal has had no evidence that the significant infrastructure associated with China’s transplantation industry has been dismantled — and absent a satisfactory explanation as to the source of readily available organs — concludes that forced organ harvesting continues till today,” said Nice in his judgment.

The Tribunal also found in its final conclusions that practitioners of the Falun Gong spiritual practice have been the primary source of organs in the harvesting scheme.

“Forced organ harvesting has been committed for years throughout China on a significant scale and that Falun Gong practitioners have been one — and probably the main — source of organ supply,” the judgment reads.

Falun Gong has been the number one target of persecution by the CCP since July 20, 1999, when the Party began its nationwide campaign to eliminate the spiritual practice by directive of then-General Secretary Jiang Zemin.

During the China Research Group webinar, Professor Martin Elliot, a member of the China Tribunal, corroborated Sir Nice’s description of events, endorsing charges that it was the UK’s FOC who pressured the BBC to cancel the Newsnight program.

“I was deeply shocked that the FCO could take that action, and pull something out of an apparently independent broadcasting organization,” said Elliot, adding that the FCO’s actions were “a very scary step, and a similar form of behaviour to that which China itself had been carrying out, it was very deeply upsetting.”

The presenter of the webinar was MP Tom Tugendhat, Chairman of the UK’s Foreign Affairs Committee, who expressed his shock at the UK government’s actions. “That’s not something I was aware of,” he said, “so that’s a hell of a kicker at the end of a very interesting session.”

MP Tugendhat was joined by Lord Hunt of Kings Heath in outrage at the incident.

“I’m really surprised, shocked, and appalled at the thought of the Government seking [sic] to discourage the BBC from showing a programme about the China Tribunal,” said Lord Heath in another email to NTD, a New York-based broadcaster.

Lord Alton of Liverpool, also in an email to NTD Television, said that the FCO’s decision to squelch the segment was a case of the Office “presumably wanting to ingratiate themselves to the PRC.”

The FCO denied the allegations.

“The UK Government could not, and would not, interfere with the BBC’s editorial independence. There is absolutely no truth in these allegations,” an Office spokesperson told NTD by email.