Parler CEO Lashes Out at Big Tech for Censoring Content 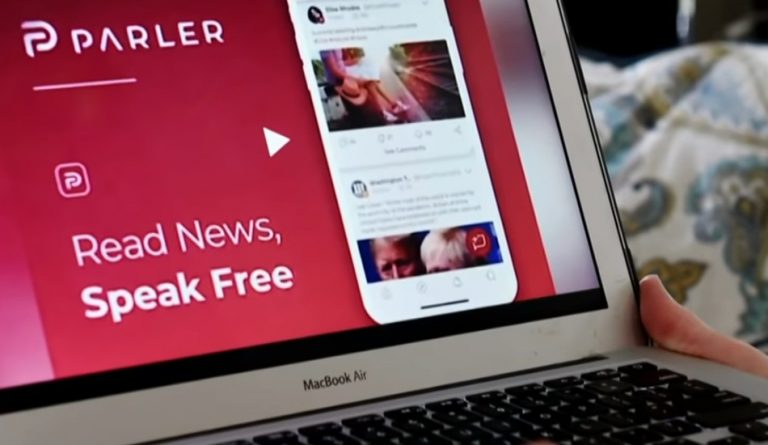 John Matze, the CEO of social media platform Parler, recently lashed out against Big Tech like Twitter and Facebook, saying that the censorship activities of these platforms have been sharply increasing of late. Parler was launched in 2018 and has seen a boost in popularity after many conservative voices shifted to the platform.

Parler promotes itself as a free speech social media platform, promising that it is the solution to the problems people have been facing due to Big Tech policy being influenced by various special interest groups. Unlike platforms such as Facebook or Twitter, Parler does not alter people’s timelines. Instead, Parler users choose the content they want to see and they eventually get the content that they have selected. At present, Parler is estimated to have over 10 million users.

“People are still flocking and I think it’s going to be a big trend that just keeps continuing over the next couple of years because people don’t trust these big tech oligarchs anymore… They’re big and evil and they’re taking advantage of people’s data and they’re silencing people’s voices. They’re really overreaching to an extent that’s scary, and people are really realizing this. They’re waking up and saying: we’ve got to do something about it,” Matze said to the Washington Examiner.

Platforms like Facebook and Twitter have been censoring content under the guise of “fact-checking,” with President Trump being the most famous victim of this tactic. Parler does not conduct any such fact-checking. In addition, Parler also allows users to filter and block specific keywords that will prevent them from being exposed to content they do not wish to see. This has triggered criticism that the platform will end up encouraging users to remain isolated from opinions and views contrary to the ones they hold, thus impeding constructive criticism and debate.

Some famous conservative voices have switched to Parler, including lawmakers like Ted Cruz and Devin Nunes. In fact, both of them urged their Twitter followers to sign up for Parler. Ted Cruz promoted Parler as a free speech platform and asked people to end Silicon Valley censorship. Jason Miller, one of Trump’s senior advisors, also tweeted about shifting from Twitter to Parler. Even though Trump himself has not signed up on Parler yet, his sons Eric Trump and Donald Trump Jr. are both members of the platform.

By removing the protection of Section 230, social media companies can be sued for the content they publish online. As such, if the company censors a user’s post by claiming it to be false under “fact-checking,” they can be held responsible to validate their claim of falsehood, failing which they can face punishment.

Matze believes that Section 230 is actually a good law since social media platforms should not be considered liable for the statements made by users. However, he pointed out that the current problem is that platforms like Twitter and Facebook are not acting in good faith in line with Section 230.