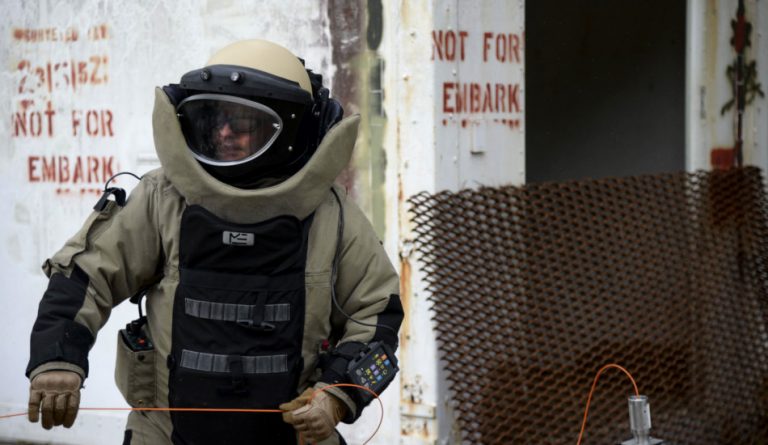 Bioweapons could be a standard part of China's arsenal in the future. (Image: via U.S. Air Force)

The COVID-19 pandemic has shone a spotlight on the dangerous possibility of biological warfare. And China seems to be preparing for such a war as seen by various writings and speeches from people with military ties. In 2010, a professor from the Third Military Medical University stressed the importance of biological warfare in his book War for Biological Dominance. In 2017, a textbook published by China’s National Defense University, an institution that is administered by the People’s Liberation Army (PLA), contained a section in which new kinds of biological warfare like “ethnic genetic attacks” were discussed for the first time.

China and bioweapons in biological warfare

The Chinese government’s attitude toward biological warfare has been influenced by three events. The First is Japan’s biological attacks against the Chinese population between 1933 and 1945. This led to the death of thousands of individuals. Biological warfare experiments were also conducted on Chinese people during this time.

The second is the belief, whether true or not, that the U.S. conducted biological warfare against China during the Korean War between 1950 and 1953. The third is the USSR’s experiments with diseases like anthrax, cholera, and plague in Mongolia during the Second World War. These have left a long-lasting impact on China, with the communist regime believing that bioweapons will soon become a critical part of future warfare.

Miles Guo is a Chinese businessman who has been exposing the Chinese Communist Party’s (CCP’s) nefarious initiatives for many years, including Beijing’s bioweapons program. In 2017, Guo gained access to some classified documents code named “13579.”

“The filename ‘13579’ represents: one biological weapon, to be launched within three years, the effect of which will last five years, to completely paralyze at least seven nations (the five-eye alliance, Japan and India), and develop a vaccine within nine months to be used for controlling the world,” according to G News. Since 2016, China’s Central Military Commission has been funding projects researching areas like brain science, biotechnology, biomimetic systems, and so on.

With CRISPR, scientists have the capability of creating alterations to a living being at the genetic level. And while such gene-editing technology may lead to really beneficial outcomes like new treatments for diseases, it also has the potential of being used to cause great harm. American experts today see CRISPR as a major threat to national security.

In 2016, the former U.S. Director of National Intelligence, James Clapper, added gene-editing to the list of threats posed by weapons of mass destruction. He pointed out that gene-editing technology is progressing at a rapid pace and generally tends to be low-cost. As such, it has the potential of being used to threaten a country’s economy and security.

Imagine if CRISPR were used to create genetically modified killer mosquitoes or plagues that could be unleashed upon a target society. Another possibility would be to use gene-edited pests to attack a country’s crops. Perhaps the most frightening possibility is that certain diseases may be altered to target genetic traits unique to specific races. This would allow a rogue nation to unleash a viral disease on other nations without being worried that they themselves might be infected by it.

Last year, the PLA’s Academy of Military Medical Sciences (AMMS) was put under the control of the Academy of Military Science. The AMMS is said to be the “cradle of training for military medical talent.” Back in 2016, a researcher from the AMMS published a dissertation foreseeing the use of CRISPR to boost the combat abilities of military personnel. Supporting research looked at how a drug called Modafinil could enhance cognitive perception while also proposing that China should “grasp the initiative” in CRISPR technologies.

The spread of COVID-19 has triggered rumors that the CCP coronavirus is actually a biological warfare weapon that was manufactured by the PLA and somehow escaped to the outside. Though China has vehemently denied such accusations, there have been reports tying the coronavirus to a lab in Wuhan where the viral outbreak began. Whether this is true or not, there is enough proof to suggest that the Chinese regime is clearly pouring its resources into CRISPR and other biotechnologies to develop a bioweapon arsenal.