Breaking the Code of the Synthetic Fentanyl Drug Network in China 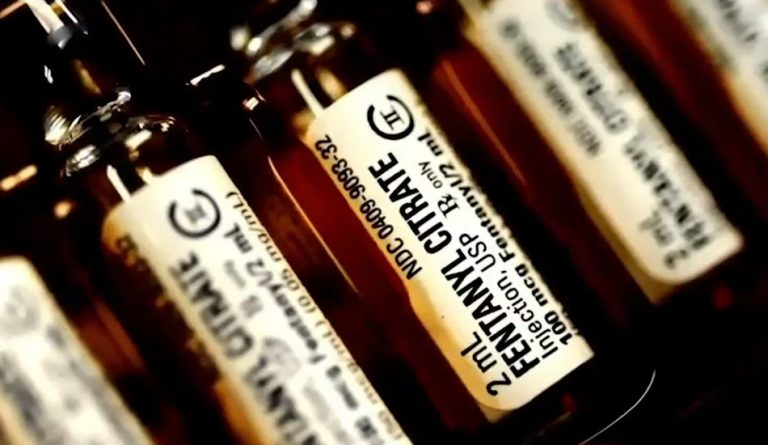 According to federal health authorities, fentanyl has been responsible for more than 37,000 deaths in the United States just in 2019. (Image: Screenshot via YouTube)

According to federal health authorities, fentanyl has been responsible for more than 37,000 deaths in the United States just in 2019. The U.S. has been dealing with an opioid crisis for some time now, and it has steadily reached new heights during the global pandemic. China is the epicenter of this crisis, being the largest single source for the supply of illegal substances, including synthetic opioids such as fentanyl.

China is home to at least a hundred vendors who have been able to establish a solid network working their way around international campaigns attempting to fight against these lethal drugs. Eventually, the Chinese government had to bow down to international pressure to ban the production and any kind of sale of fentanyl or any of its altered versions in May of last year. This contributed greatly to the substantial decline of the fentanyl trade.

However, it took barely a year for these vendors to regroup and make use of online networks to execute the distribution of the precursor chemicals utilized for manufacturing fentanyl to customers across the U.S., Mexican cartels, and Europe.

The Chinese vendors over time have become increasingly successful in making use of sophisticated shipping plans devised to go through the international screening measures that have been put in place.

Although the ban on China’s fentanyl production and distribution made a solid impact in terms of bringing down the volume of fentanyl shipments, resourceful vendors in China were continuously brainstorming on how to develop better strategies to distribute the drug in substantial volumes across the borders. They were successful in this endeavor and created new channels to produce and sell the precursor chemicals that went into the manufacturing of fentanyl.

Vendors would take advantage of social media channels to market their products discretely, advertising directly through Facebook. For instance, a vendor could set up a legitimate synthetic drug manufacturing company and post pictures of their products.

The customer base was quick to respond and even left reviews on the social media platform about the products displayed, which were actually illegal fentanyl precursor chemicals. Alibaba, the wholesale behemoth, was also used as a platform to sell these precursors until law enforcement agencies identified these listings and shut them down.

Prompt enforcement of the new regulations may not be completely effective in eradicating the fentanyl business in China. However, it has made it increasingly difficult for vendors to operate.

One of the main reasons the fentanyl-related business is difficult to wipe out is the ease through which it can be operated with a skeleton crew. A “production unit” can easily churn out a substantial amount of product in a two-room facility inside obscure warehouses all over China, especially where policing is relatively lax. In 2018, around 26 pounds of the illegal drug, along with 42 pounds of other illegal drugs, were seized from a similar facility through a joint operation of U.S. and Chinese police officials.

Even while the law enforcement agencies around the world are fighting the battle against fentanyl, new drugs, much more potent, have been entering the market and the vendors have been developing better channels to distribute them.