Unknown Secrets Behind a 2,000-Year-Old Board Game 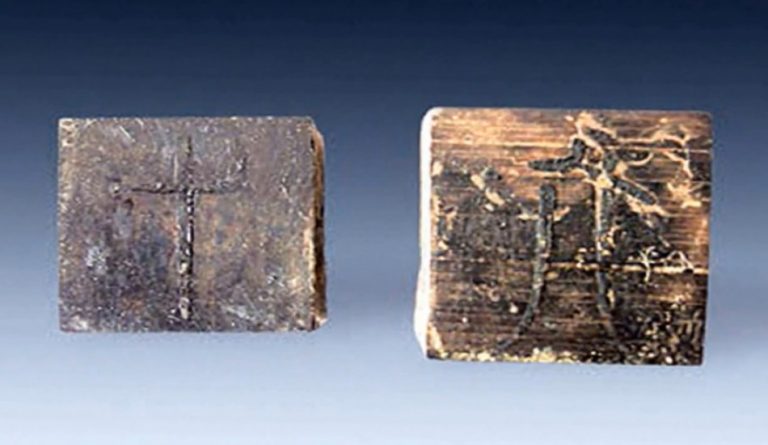 Archeologists working on a previously raided tomb in China stumbled upon pieces belonging to an approximately 2,300-year-old board game called 'Bo.' (Image: Screenshot via YouTube)

If it makes you feel ancient to not understand the “gaming culture” of today, wait until you hear what board game some archaeologists in China dug up.

The human mind is a Pandora’s box, the mysteries of which have not been fully unraveled to date. As a species, we have been constantly seeking out new and complex ways to entertain ourselves. Before we got addicted to blasting computer-generated fruit treats on our phones, we had other forms of gaming entertainment.

The archaeologists were working on the raided tomb of a presumably rich subject in Qingzhou City recently when they stumbled upon an approximately 2,300-year-old artifact. Upon close examination, they realized it was actually an ancient version of a board game called “Bo.”

The artifact was comprised of several game pieces, including an animal tooth carved into a die with 14 faces, 21 rectangle-shaped moving pieces, and a broken tile. The tile had complex patterns inscribed over it, with two eyes and cloud formations.

It could be assumed that the “board game” unearthed by these archaeologists was not commonly used. The author who published the findings in a journal inferred that the tomb in which it was found belonged to a very wealthy resident of Qi, an ancient state from 221 B.C., judging by the size of the tomb and the contents in it.

The game associated with this set piece hasn’t been played for more than 1,500 years, and nobody really knows how it’s played. However, there are mentions of the game “Bo” in ancient literature from the period. In one of the songbooks from that time, the writer paints a picture of the excitement the game used to draw. It describes the ivory pieces and bamboo dice used to play the game of Liu Bo and goes on to talk of sides being taken and threats being made (in the game). You get the picture of a battle scene being played out on the board.

Of course, most of the board games today or even the ones we play on our phones are probably a more advanced version of some ancient game designed thousands of years ago. Like, for example, chess originated in India as “Chathuranga” and the ancient Egyptians also had a version similar to chess called “senet.” Sumerians had an ancient version of backgammon that was called the “Royal Game of Ur.”

Archaeologists have also unearthed tokens from a site in Basur Hoyuk in southeast Turkey. These pieces were in the realm of 5,000 years old and looked very similar to the game tokens we now commonly use in games like Monopoly. The tokens were shaped in the form of bullets, pigs, pyramids, and dogs. These are believed to be the oldest pieces that have been discovered to date.

It all makes us think of what lengths people would have gone in those ancient times to design such complex games just to keep themselves occupied. It’s also interesting to note that most of these games were played among members of the more privileged strata of society, unlike today where just about anyone can afford to crush magical candies and make them disappear whenever they feel like it.