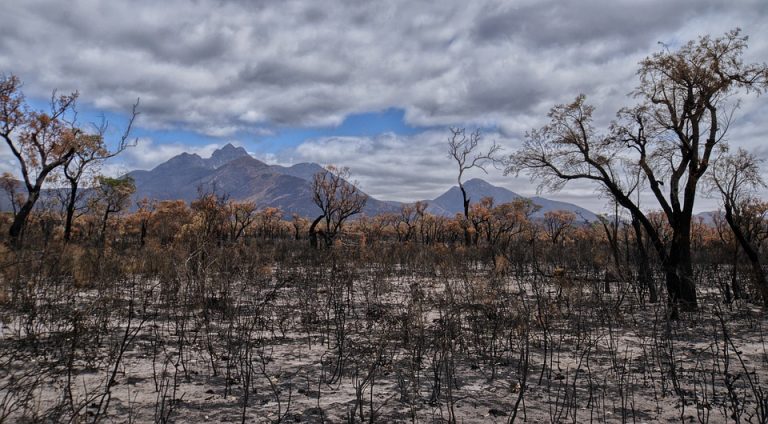 Estimates that some 3 billion animals were killed or misplaced by the 2019-20 mega-fires in Australia have been confirmed. (Image: TerriAnneAllen via Pixabay)

Estimates that some 3 billion animals were killed or misplaced by the 2019-20 mega-fires in Australia have been confirmed — with a breakdown by animal type for the first time — in a conclusive Sydney-led report commissioned by WWF.

More than 60,000 koalas were among the animals impacted by last summer’s wildfire crisis, according to the University of Sydney-led report commissioned by the World Wide Fund for Nature-Australia. Impacts include death, injury, trauma, smoke inhalation, heat stress, dehydration, loss of habitat, reduced food supply, increased predation risk, and conflict with other animals after fleeing to unburned forests.

In July, WWF published an interim version of the study which revealed that nearly 3 billion animals — mammals, birds, reptiles, and frogs — were in the path of the devastating bushfires. That overall estimate is unchanged in the final report, released today, entitled Impacts of the unprecedented 2019-2020 bushfires on Australian animals.

About 143 million mammals, 2.46 billion reptiles, 181 million birds, and 51 million frogs occupied areas hit by the fires. The completed research contains new information, including estimates of the impacts on some individual animal species and groupings of species.

The fires impacted more than 41,000 koalas on South Australia’s Kangaroo Island, more than 11,000 in Victoria, nearly 8,000 in NSW, and nearly 900 in Queensland.  The research into how many animals were impacted by the fires was managed by Dr. Lily van Eeden and overseen by Professor Chris Dickman, both from the University of Sydney’s School of Life and Environmental Sciences.

Their recommendations include implementing mapping and monitoring of plants and animals in bioregions most at risk in future fires, and developing strategies to protect these areas during such events. Dr. van Eeden said:

“We didn’t have a lot of data for some animals. More research is needed on how many animals are out there and their ability to survive different levels of fire intensity. We need to understand this to protect species more effectively.”

Chris Dickman, a Professor in Terrestrial Ecology and WWF-Australia board member, said with long-term monitoring, scientists would be in a much better position to know where and when to act and what resources were needed to save at-risk species, adding:

“People have been shocked by our research and have said to me, ‘we can’t allow catastrophes of this magnitude to continue into the future.”

WWF-Australia CEO Dermot O’Gorman said koalas in NSW and Queensland were in rapid decline before the fires:

“Sixty thousand koalas impacted is a deeply disturbing number for a species already in trouble. That’s why WWF has just announced Koalas Forever – a bold vision to double the number of koalas in eastern Australia by 2050.”

Koalas Forever includes a trial of seed-dispersing drones to create koala corridors and the establishment of a fund to encourage landowners to create koala safe havens. These animals are heading toward being endangered.