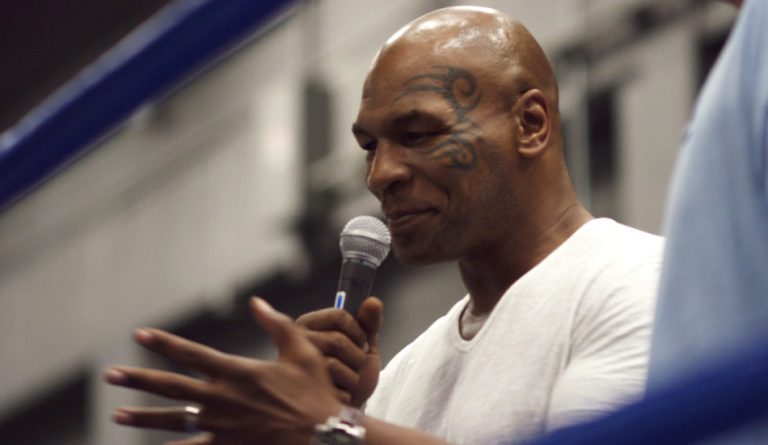 Mike Tyson returned to the ring for a Pay-Per-View boxing match that generated US$80 million in revenue. (Image: Eduardo Merille via Flickr)

“Iron Mike” Tyson, one of the greatest heavyweight boxers of all time, is back in the ring. At the age of 54, he was pitted against Roy Jones Jr., who is also over 50. The match ended in a draw. It generated over 1.6 million Pay-Per-Views (PPV) and US$80 million in revenue.

Tyson, who hasn’t fought professionally for more than 15 years, returned to the ring to launch his new business venture, Legends Only League. The sports league is created and owned jointly by Mike Tyson and Eros Innovations. It is “a next-generation sports venture which aims to provide full support and infrastructure to athletes.”

Tyson had 50 wins in his name with 44 KOs (knock-outs) when he retired as a professional back in 2005. He became the youngest heavyweight champion at age 20 in 1986. Tyson was nicknamed “Kid Dynamite” early in his career. He later earned the name “The Baddest Man on the Planet” for his ferocious and intimidating boxing style, as well as his controversial behavior inside and outside the ring.

The 51-year-old Roy Levesta Jones Jr. had 66 wins, including 47 KOs. He carried titles in four divisions, including “heavyweight,” and is the only boxer in history to start his professional career as a light middleweight and go on to win a heavyweight title. Jones Jr. has had success in various fields, including boxing commentary, a boxing trainer, rapping, and acting.

The exhibition match was conducted at Staples Center in Los Angeles on November 28. As the COVID-19 pandemic prevented fans from attending in person, the online streaming services recorded over 1.6 million Pay-Per-View buys.

The Pay-Per-View numbers were across linear television platforms, satellite, as well as online sales through FITE TV, according to social media streaming app Triller and sports betting company DraftKings, which co-hosted the match. This number ranks the fight among the top 10 combat sports events of all time.

Tyson’s explosive training was showcased online long before the match. The video shared by his trainer, Rafael Cordeiro, that showed the quickness and ferocity of the 50-plus boxer, garnered attention from fans all over the world.

Even though the match was declared a tie, social media ruled in favor of Tyson. Since then, several fighters, including Evander Holyfield, have come out to challenge Tyson, who remains in peak fighting form, despite his age. The record revenue generated by the event paves the way to conduct more prizefights.