Djabugay, the Near Extinct Australian Language 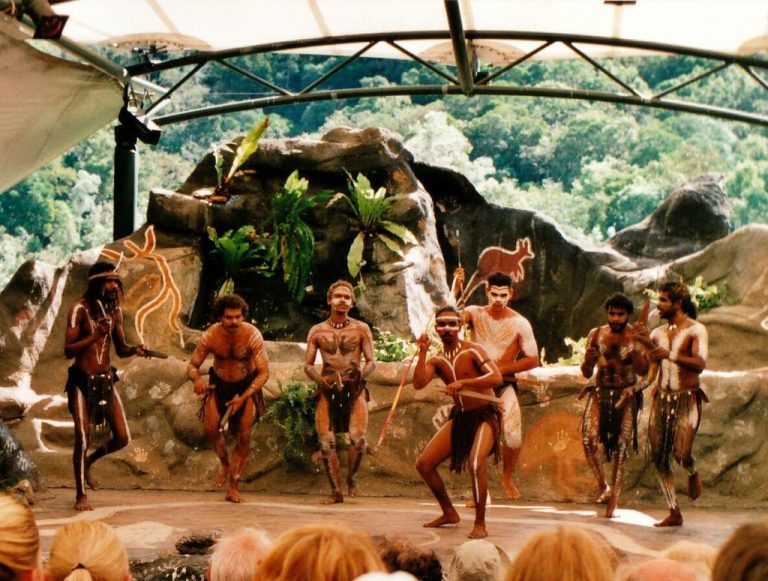 The Djabugay language originated with the Djabugay tribe. (Image: Dgabgay via Wikimedia Commons)

Djabugay is the language of the people with the same name. Their language is now almost extinct. The federal nation of Australia was established in 1901, about 120 years ago. Yet, this is a very old continent with an immensely long history of human settlement, much older than that of Europe and the Americas. The current federation of states was formed as a result of European colonization starting back in the 17th century. Forced consolidation of the tribal states by Europeans resulted in the loss of aboriginal culture and traditions, including their languages.

The native Djabugay people have called the ancient forests home for at least 10,000 years. The European settlers were lured into the forests because they were resource-rich with profitable commodities like timber, coffee, and gold. The establishment of railway lines to transport the goods along with the influx of foreigners increased the exploitation of the forests. Conflicts erupted between the Djabugay and European settlers, resulting in violent battles for the control of territory that is now in North Queensland.

By the 19th century, with the rise of connectivity, the tourism industry flourished in Australia. The traditional lands of the Djabugay people were near Cairns, a tourist destination in North Queensland. Their community was made an equity partner in the Tjapukai Aboriginal Cultural Park, which features Djabugay culture. So many of the community members got employed there.

English was introduced as the dominant language of education with the advent of the Europeans. Education via the English language created a linguistic divide with the native culture and later subsumed it. With the arrival of more settlers from outside, the aboriginal culture and traditions started to vanish through cultural mixing.

According to the UNESCO Atlas of the World’s Languages in Danger, between 1950 and 2010, 230 languages went extinct, along with their last native speakers. Today, one Indigenous language disappears every two weeks. Estimates suggest 100 years from now there will probably be no more Indigenous languages left on the planet.

According to the 2006 census, there are only 26 native speakers of Djabugay remaining. Currently, non-profit organizations like the Djabugay Aboriginal Corporation and activists like Michael Quinn are working hard to revive the Indigenous language.

Ngirrma Nguma-wu (Language for Tomorrow) program of the Djabugay Tribal Aboriginal Corporation (DTAC) provides several means of language preservation and revitalization within the tribe. They coordinate community language classes weekly for the whole society, conduct community engagement events with government agencies, share short videos about the language on Facebook, etc., in a bid to revive Djabugay.

Michael Quinn arrived in the Far North Queensland town of Kuranda from Sydney in 1986. He was an anthropology graduate. Michael carried a keen interest in studying the mythology of the land. He approached the last initiated man of the Djabugay tribe, Lalfie Thompson, for that purpose. Thompson asked Michael to study the language of the tribe as a first step.

Michael learned the language and culture with the help of the tribe’s people. He found that one of the reasons for the loss of the Djabugay language is the Mona Mona Adventist Church Mission in Australia between the years 1913 and 1963. Their strict imposition of English led to the near-extinction of the native language.

Michael started learning and teaching the Djabugay language with the help of linguists who had studied the language in the past — Ken Hale, Bob Dixon, Helena Cassells, and Elizabeth Patz — and native elders like Nyuwarri Queen of the Djabuganydji, Wurrmbul Gilpin Banning, and Warren Brim.

Currently, after about 34 years, Michael is seen as the custodian of the Djabugay language. He is working for its revival by enthusiastically promoting and teaching it to the next generation.