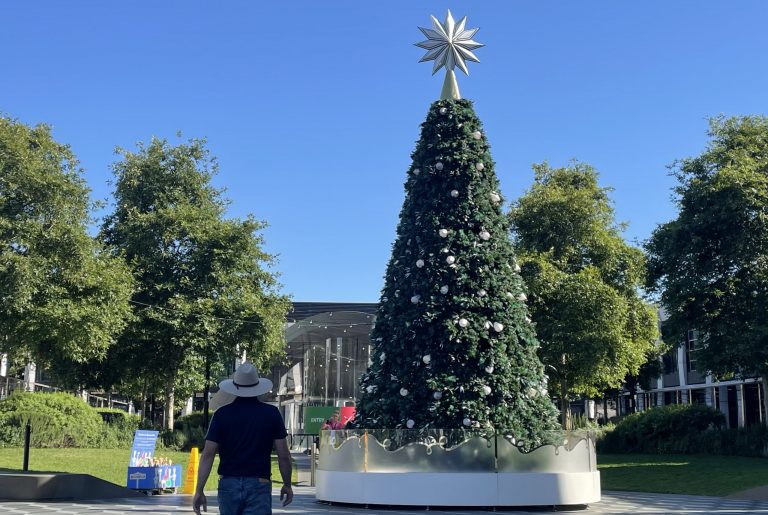 Lyrics of the Christmas carol O Christmas Tree describe the joy people have experienced for decades from decorating a tree and placing it in a significant position in the house at Christmastime. The fir tree has been the most popular type of tree used for Christmas celebrations. Also, artificial fir trees and homemade trees have become popular too.

The original title of the German song O Tannenbaum translates to English as O Fir Tree. It was not meant to be a Christmas carol. August Zarnack was a German preacher who was known for producing his own music along with compilations of German Folk music. He was inspired by the fir tree and wrote the lyrics in 1819. In 1824, Ernst Anschutz adapted the folk song to the Christmas carol version.

How did the world come to put on a display in the home with an elaborate Christmas tree on Christmas day? One story that has been told is about a German priest, Martin Luther. On his walk home in the evening, he noticed a spectacular sight. The stars sparkled up against a fir tree forest and in an attempt to capture the sight for his family, he brought a fir tree home and decorated it with candles.

Going back further in history, humankind’s fascination with evergreen trees and their association with long life dates back to ancient Egypt and to Pagan times. Not only Egypt, but also many European countries celebrated the Winter Solstice in December. The Egyptians used leaves from trees that retained their green color because this signified immortality and was a symbol of overcoming death.

The people of ancient Rome celebrated Saturnalia. Masters provided table service to their slaves as this was a celebration that recognized equality and it led up to the Winter solstice. Candles with evergreen leaves were used as decorations. Non-deciduous trees have always represented life to Pagan followers across Europe and many have decorated their homes with long-lasting leaves or pinecones.

In the 8th century in Germany, St. Boniface learned that the people in the town of Hesse (Hesia) worshiped Thor and they believed he was inside of oak trees. St. Boniface told the townspeople that he was going to chop down the oak tree to challenge Thor! As Boniface chopped, he openly challenged Thor to strike him down in front of his audience. A miracle occurred and a great gust of wind blew the tree to the ground. Inside the oak tree was growing a small fir tree. The people of the day understood what had occurred and from then onward saw the fir tree as a symbol of Christ.

The German people led the way with Christmas tree decorating and then spread this wonderful tradition globally. In the early days of Christmas decorations, people used candles, apples, paper flowers, and decorations made out of wood. Today, a star or angel is placed upon the top of the tree and both are associated with Christian beliefs.

Migrants from Germany traveled to America and used fir trees or another type of pine as their Christmas trees. Many people also made their own trees out of wood. In America, the German migrants used candy canes as decorations until they were able to source other types of ornaments.

The marriage of Queen Victoria and Prince Albert led to the popularity of the Christmas tree in England. There is an engraving from the year 1848 of the royal family standing by an elaborate tree full of sparkling trinkets and other ornaments. The Prince took it upon himself to send decorated trees to schools and army barracks around Windsor. The community became tree-crazy and the middle-class families enjoyed the addition of decorated trees to the holiday season.

“Queen Victoria and Prince Albert brought the tree into Windsor Castle on Christmas Eve and they would decorate it themselves.”

Royal Collection curator Kathryn Jones in an interview with the BBC.

The royals, demonstrating the glamour and happiness associated with a Christmas tree, brought in a new trend across the world. Not just German families, but whole townships began to celebrate Christmas with decorated trees across the world. Artificial trees were made resembling the fir tree to meet popular demand. Throughout the world, people have continued, year after year, to experience special moments by the Christmas tree during the festive season.

There are many Christmas tree farms providing a source of trees without people chopping into precious forests. All around the world, people can choose to buy an artificial tree or make their own tree or possibly have the opportunity of cutting down a tree if permitted. Potted Christmas trees are available to purchase for decoration along with cleverly crafted trees for sale.

The delightful Christmas tree has provided people with a long history of joy, and this is definitely worth singing about in the Christmas carol. Today, our Christmas trees come in all shapes and sizes, with electric lights that are safer than real candles and decorations in many forms. What has stayed the same is that all homemade and live Christmas trees resemble the evergreen fir tree.

In some shops or cafés this year, Christmas trees and decorations were put up early. Maybe it was to cheer up our moods from the harsh year of 2020.

Merry Christmas to everyone!