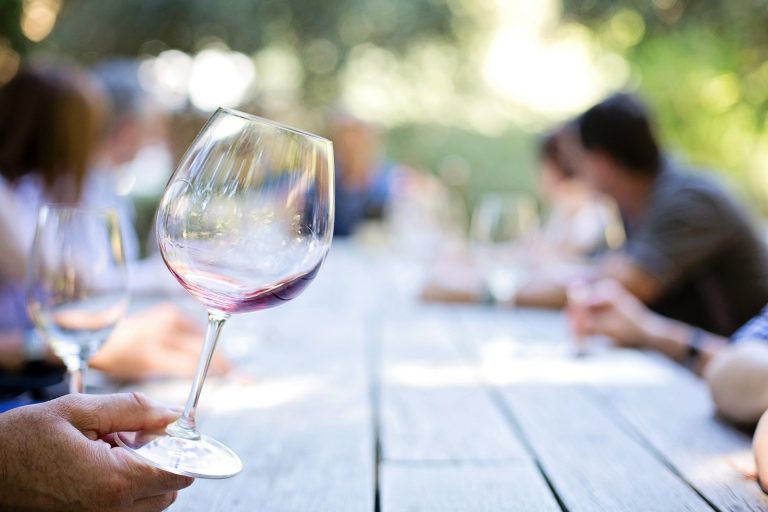 Australian wineries have called for a boycott of Chinese businesses. (Image: JillWellington via Pixabay)

Not taking it lying down, Australians call for a boycott of Chinese businesses. Around 41 wineries and vineyards have called for boycotting of all China-owned businesses in the country after Beijing imposed severe restrictions on Australian businesses. The call for a boycott by the wineries soon attracted Internet attention and other Australians also joined in demanding a boycott of businesses fully or partially controlled by Chinese interests. The intense reaction comes on the back of reports that China has effectively banned the import of coal from Australia.

In October, the Chinese government apparently told steel mills and power stations verbally to avoid using Australian coal. Since Beijing has not put these restrictions in writing, it isn’t clear how long they will last. In addition to coal, China has been cracking down on the import of several Australian products after relations between the two countries soured for multiple reasons, like the COVID-19 pandemic and Chinese interference in Australia.

In May, China imposed an anti-dumping and anti-subsidy tariff of more than 80 percent on Australian barley for a period of five years. Australia supplies almost 40 percent of China’s barley purchases from overseas. China will be charging duties on wine that can push the prices of the commodity up by over 218 percent. A recent report by the Australian Department of Agriculture noted that the country may be able to divert a small amount of wine to countries like the U.S. and the UK. However, the tariffs imposed by China will cut down the value of exports. In addition, beef and lobster imports from Australia have also been severely affected. Australians are averse to being pushed around so a boycott of Chinese businesses has merit.

Pauline Lee Hanson, the founder of the One Nation party, has also supported an Australian boycott of China-owned businesses since Beijing is economically attacking Australia. She notes that almost 20 percent of products imported from China are items Australia cannot source from anywhere else. “Our shelves are full of Chinese products because we’ve stopped our manufacturing industry. We used to produce 40 percent of our products here in Australia…. Guess what, it’s only six percent now, because we have allowed this through consecutive governments, Liberal and Labor, to bring products into Australia from other countries which has destroyed our own manufacturing industries,” she said, as reported by the Daily Mail.

China’s trade tactics against Australia might not turn out as Beijing expects, says James Laurenceson, a China expert from the University of Technology Sydney. He warned China that the more restrictions they impose on Australian exports, the more risk they will inject into the overall trade relationship between the two nations. He believes that Australian companies will soon boycott and seek out alternative markets in other countries to avoid Chinese pressure. If this happens, Australian businesses might choose to avoid trading with Chinese entities so as to prevent future risks.

Scott Waldron, an academic from the University of Queensland, stated that agricultural industries are already looking at diversifying their export markets. He points out that Beijing’s trade attacks have only targeted Australian products that China can source from suppliers in other countries. Beijing has taken no action against critical products that impact local Chinese businesses. For instance, Australia exports almost 90 percent of its wool to China, a trade that is worth US$2.5 billion per annum. If China wanted, it can hurt Australian wool businesses. However, Beijing has not restricted Australian wool imports due to the fact that it would negatively affect China’s worsted mills.

With help for the farmers, Australia could weather a boycott on exports of wool. Meanwhile, the Australian government is planning on challenging China at the World Trade Organization (WTO) due to Beijing’s imposition of duties on barley. China’s 80 percent tariff on barley has been dubbed economic coercion.