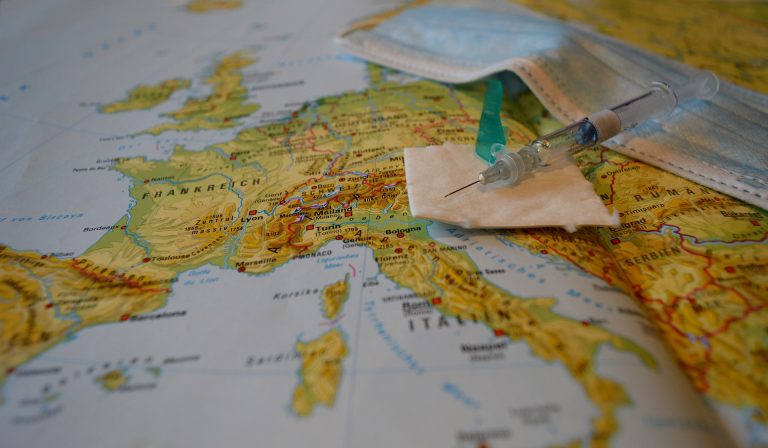 EU has approved a COVID-19 vaccine. (Image: neelam279 via Pixabay)

The European Union (EU) gives a thumbs up to COVID-19 vaccines. The recently approved COVID-19 vaccine jointly developed by Pfizer and BioNTech is to be used in its 27 member states. The approval was granted just a few hours after the European Medicines Agency (EMA) had green-lighted the vaccine stating that it meets the safety and quality standards to be administered to the masses. The vaccine was authorized in the U.S. and the UK a few weeks earlier, which put pressure on the EMA to speed up the approval process.

“The European Medicines Agency assessed this vaccine thoroughly. And it concluded that it is safe and effective against COVID-19. Based on this scientific assessment, we proceeded to authorize it for the European Union market. As we have promised, this vaccine will be available for all EU countries, at the same time, on the same conditions. The first batches of this vaccine will be shipped from Pfizer’s manufacturing site here in Belgium within the next days,” European Commission President Ursula von der Leyen said in a statement.

Originally, the EMA had scheduled Dec. 29 as the date for the evaluation of the COVID-19 vaccine. As such, the fact that the agency sped up the approval process has raised concerns that political influence might have compromised a thorough scientific evaluation. However, Harald Enzmann, the head of EMA’s expert committee, has dismissed such concerns, noting that a full scientific assessment has been conducted.

At least 15 nations have already given some sort of regulatory authorization for the vaccine. In Britain, the United States, and Canada, the vaccine will be used mostly for emergency provisions. In Europe, Switzerland has become the first nation to grant a normal license for the vaccine.

Ursula von der Leyen noted that the COVID-19 vaccine might be administered on the European Union vaccination days that fall on the 27th, 28th, and 29th of this month. She believes that this would be a good way to end the year on a positive note. Other vaccines are also being scrutinized and will soon be approved once deemed safe and effective. EMA will notify its assessment of a second vaccine on Jan. 6. Back in June, BioNTech received a US$122 million (€100 million) loan from the European Investment Bank that helped the company expand its manufacturing capabilities and ensure that it can supply the vaccine quickly.

Greece announced that its first inoculations will begin on Dec. 27 and it has acquired a large number of specialized freezers to store the vaccine at the -94°F (-70°C) temperature as recommended by Pfizer. Each such freezer has the capacity to store up to 80,000 vaccines. The first people who will be receiving the vaccines will be the healthcare workers. Greeks have expressed concerns about taking the vaccine. To relieve their fears, Prime Minister Kyriakos Mitsotakis has said that he will be inoculated with the vaccine on the very first day. This public display, however, is no longer very convincing for the public or scientific proof that if it is safe for one individual, it is safe for everyone.

Meanwhile, Europe has become the first region to register 500,000 COVID-19 deaths in the world. The Latin American and the Caribbean region has registered 477,404 deaths while the U.S. and Canada have 321,287 deaths. Asia comes in fourth place with 208,149 deaths, the Middle East next with 85, 895 deaths, and Africa comes last with 57, 423 deaths. Five countries together account for over half the deaths among the 52 nations and territories of Europe — Italy, the UK, France, Russia, and Spain.

There is mounting public concern in Europe regarding the rapid speed at which COVID-19 vaccines are being introduced to the public. The concerns range from the safety of the vaccines, given the very short time from the development of the vaccines to the deployment, and the questions about the ingredients in the jabs. There are reports that the COVID-19 virus has mutated already. In this situation, your trusted medical practitioner should be able to guide you in making your decision. You can always ask your doctor for the full list of ingredients in the new vaccine so that you may be sure there is nothing in it that you may have allergic reactions to or adverse medical reactions.