German Inventor Given a Second Life by Practicing Falun Gong 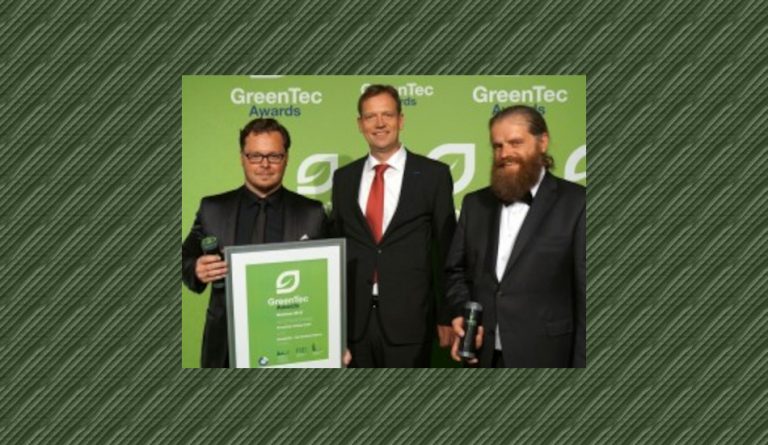 Johannes Dörndorfer (center), a renowned genius in the world of technological innovation in Germany, suffered from depression despite much success in his field. (Image: via Susanne Brüsch)

Johannes Dörndorfer is a renowned genius in the world of technological innovation in Germany. He has obtained 15 international patents in electronics, engines, and batteries and also won awards in various technological competitions. His aptitude as an inventor is the ability to foresee the future direction of technological development and also to lead others in developing new technologies.

From a young age, Johannes was able to foresee that the electric car, electric motorcycle, and electric bicycle would become important means of transportation for mankind in the future. Since then, he has been working to develop mobile batteries that can be used to power motor vehicles. Twenty years ago, a battery he invented won the first prize in the German Electric Car Competition in the electric motor section.

In 2015, a rechargeable battery developed by Johannes won the international GreenTech Award. He instantly became a star at the Frankfurt Motor Show. German Chancellor Merkel and G7 Ministers of Transport visited Johannes’s booth and listened to his presentation about his new invention.

More than 10 years ago, Johannes and his friends co-founded an energy technology association to promote the standardization of rechargeable batteries and their interface. In view of his excellent work, the European Commission commissioned him to formulate relevant technical standards for the mobile energy industry within five years and also formulate plans to internationalize the standards, which will then become the standards for the industry.

Suffering from depression and contemplating suicide

Just as Johannes’s career was working out well and with a bright future ahead, his personal life suddenly underwent drastic changes and he started to fall into despair.

Johannes’s ideas and technological innovations have always been ahead of their time by many years and were way too advanced to be understood by most others. Consequently, people began to view him as a “lunatic.”

Johannes stayed alone and worked very hard. He put all his energy into technological inventions and innovation. During his isolation and depressed frame of mind, he constantly added pressure on himself, so much so that it left him with no room to maneuver or escape the pressure. He saw no way out of the darkness.

In 2012, Johannes suffered from acute depression. He refused to talk to people, including his friends and relatives. He locked himself in the studio, severed all contacts with the outside world, and he could not bear to hear even the slightest noise coming from outside.

Finding the practice of Falun Gong

Just when Johannes was deeply mired and struggling within, an acquaintance changed his life. A friend sent him an e-mail with just a few words that simply said: “Come and try Falun Gong!”

At that moment when Johannes was looking for “a piece of driftwood in the vast ocean,” he did not turn down the request, but instead eagerly started to read all the Falun Gong-related books and learn all five exercises from watching a video.

Within just two weeks, Johannes began to feel that he had been reborn. His life took a 180-degree turn and he felt like he was “coming out from a pit and floating on a cloud.”

Johannes revealed how he felt when suffering from deep depression. “It was like exhausting all my strength to violently run into a wall again and again and I felt as if the whole world was against me, and the tremendous pressure was beyond anything I could bear.” He also said that he felt like he had been locked in a coffin and had lost everything. He could not cry or laugh, he lost his appetite, and he did not know if he was hungry. He had no sense of taste… during these times, he repeatedly thought of committing suicide.

After taking up the practice of Falun Gong, Johannes said: “I have completely changed — it is a great miracle — and the world around me has also changed. My depression and other types of sickness have disappeared. My family has seen my vast changes and we now live in harmony. I changed from a selfish person who only cared for myself to a person who now cares for others.”

Johannes’s doctor was surprised and asked: “What is going on here?” She had never seen such change in any of her patients… it was indeed a miracle!

Since beginning the practice of Falun Gong in 2016, Johannes has been consistent with keeping up the practice and reading the book Zhuan Falun every day. He feels energized in his work. He has an endless stream of inspiration in technological innovation. His life and work are getting better and better. Johannes said: “Sometimes I do not know where so many new ideas come from.”

His mind has become more settled with the daily meditation and exercises. This is also a fact proven by research and science. Meditation can stabilize the mind and clear one’s thoughts.

Johannes said: “Many of the problems I encountered in the past have been resolved after sitting in meditation, and my mind is very clear now. I can clearly know what to do next and I have a clear view for what I plan to do during the day.”

Johannes constantly reflects on finding his better self. He learns how to deal with conflicts in the appropriate way to solve problems and now there are lesser conflicts at work in his life. “Since practicing Falun Gong, I have learned to let it all go when there are conflicts. I search my inner self and that helps me to jump out from my own concepts and see myself from an objective and broader perspective. It is when I take a step back that I can see myself more clearly. I now understand that in the past, I used to stubbornly push a lot of ideas and I wanted to do so many things and I just could not cope.

“Through practicing Falun Gong, I achieve tranquility. Whenever I search my inner self with a calm mind, I can untie the knots in my heart thus enabling me to look at and resolve problems without falling into chaos like before, and then I win.

“As an inventor, I am supposed to break through limitations and invent new things. I am fortunate to practice Falun Gong, which helps me to break the barriers inside me and come up with inspiring ideas.”

Johannes said that Falun Gong has given him a second life and he feels that he has been reborn. He hopes his story can enlighten others who are physically and mentally suffering the same trauma he endured in the past.

Translation by Chua BC and edited by Michael Segarty