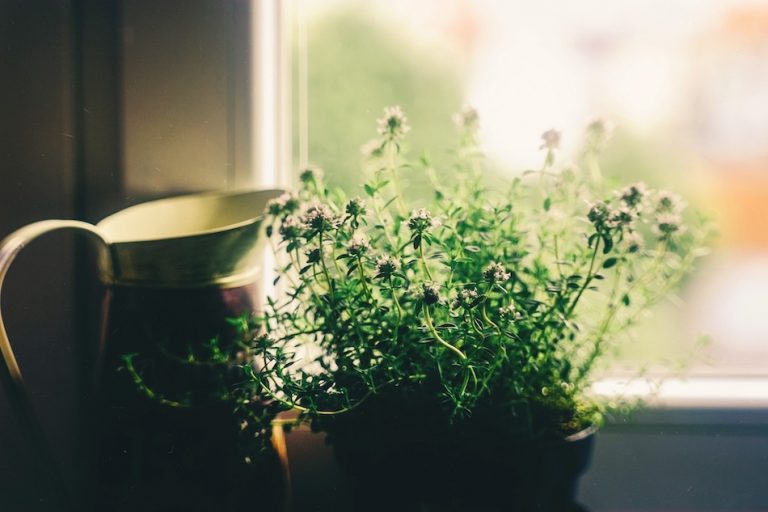 There are so many health benefits we gain by having plants in our lives. (Image: coyot via Pixabay)

I learned early on how plants benefit health. I can still picture it. It was like walking into my favorite fairy tale and The Jungle Book all rolled into one, only I got to be a part of the story.

They were everywhere and in every shape and size: hanging, sitting, short, tall, pointed, round, and everything in between. And they were arranged so artistically, so beautifully, that you wanted to just sit among them, and enjoy sharing the same space with them.

Yes, walking into my aunt Kimber’s house was a magical experience. She worked at a local greenhouse at the time named Hauge’s, which I also loved going to, so perhaps this explained the plethora of plant life that permeated her house. As a result of her green thumb, she grew the lushest, varied, and vibrantly green plants I’d ever seen. Not only were they lovely to look at, but they just made you feel good — happier, somehow.

It should come as no surprise then that I developed a love of plants from my aunt, something that I carried into adulthood.

Walking through the maze of life that decorated her house, or as I relaxed in one of the comfy wicker chairs nestled among them, the air felt somehow easier to breathe, just cleaner, fresher. It seemed to have a special energy about it.

At the time, I wasn’t sure if it was just my imagination.

As it turns out, plants are indeed natural and inexpensive options for improving the air we breathe.

According to WebMD, certain houseplants help purify the air by removing volatile organic compounds and other toxins from the air. Asparagus ferns, English ivy, and dragon tree plants are great options for this task.

In addition, plants take in carbon dioxide and give off oxygen, which benefits us all. Putting a few plants in your bedroom can even help you sleep better.

Plants also put moisture into the air while removing allergens, such as mold and dust. Spider plants are particularly good at adding moisture to the air, raising humidity levels from 20 percent up to 30 percent in one study, while plants such as peace lilies, Chinese evergreens, and violets are great at trapping allergens.

As a good rule of thumb, NASA’s Clean Air Study, which demonstrated the air purifying effects of plants, recommends one plant per 100 square feet in your home or office to help improve air quality.

The simple act of growing and caring for plants, in and of itself, has been shown to improve mood. After all, as you care for another, it helps to nurture your own soul at the same time.

The beauty and life plants bring to our homes also elevates our mood. When we walk into a room that contains plants, we not only feel lighter, but our day just seems a little brighter. It’s no surprise that plants have been shown to help alleviate depression.

A Korean study published in Psychiatry Investigation in 2009 found patients diagnosed with moderate to severe depression responded significantly better to cognitive-behavioral therapy when it was performed in an arboretum with a forest-like setting as compared to a hospital setting.

Plants have been shown in a number of studies to reduce stress and anxiety, helping people stay calm and relaxed.

A study published in the Journal of Physiological Anthropology compared people’s reactions to two types of work: one with plants, and one with a computer. It found that “active interaction with indoor plants can reduce physiological and psychological stress compared with mental work. This is accomplished through suppression of sympathetic nervous system activity and diastolic blood pressure and promotion of comfortable, soothed, and natural feelings.”

So the relaxed and peaceful feelings I experienced in my aunt’s house weren’t just in my head.

Plants have even been shown to help improve PTSD. The Journal of Environmental Horticulture has composed a four-part series on the many benefits of plants, stating: “When victims of natural disasters, who are at a high risk of PTSD, participated in horticulture therapy (HT) programs, they showed an increase in regional gray matter volume (rGMV) of the left subgenual anterior cingulate cortex and left superior frontal gyrus compared with the stress education (SE) group.” That’s a pretty impressive change.

According to Tarun Kapoor on the site McGill Media, researchers in Germany conducted mouse studies showing the scent of the jasmine plant has a significant calming effect, so much so that it caused the mice to stop their activity and sit quietly. Brain scans demonstrated this change was due to an increase in the neurotransmitter GABA, which essentially acts as a calming agent. Researchers point out that the scent of jasmine is more effective than many sleep aids, sedatives, and anxiety medications.

But what if jasmine isn’t for you? Well, aloe vera and lavender plants are two great alternatives that have also been shown to calm and relax the mind and body.

Can something as simple as a plant increase your memory, concentration, and even your productivity? According to researchers, the answer is “yes.”

A study published in Environment and Behavior found that office workers who had flowers and a plant at their desk performed better on attention tasks than those who did not. This was confirmation of an earlier study done several years prior with a reading task.

In one concentration test, published in the Journal of Experimental Psychology: Applied, employees who had a view of plants, either indoors or through a window, were able to complete the test 19 percent faster than employees who were in a room without a view of any plants.

Science Direct discusses a study published in Landscape and Urban Planning that found that office workers in the Netherlands and Great Britain had a 15 percent increase in productivity when plants were a part of their office space.

I think most business owners and teachers would be on board with a little added greenery for such great results.

Plants have also been shown to improve our health and result in more rapid healing following surgery.

In a study in the Journal of Alternative and Complementary Medicine, researchers Park and Mattson stated: “Viewing plants during the recovery period had a positive influence linking directly to health outcomes of surgical patients. Patients in hospital rooms with plants and flowers had significantly more positive physiologic responses evidenced by lower systolic blood pressure, and lower ratings of pain, anxiety, and fatigue than patients in the control room.”

And according to Amy Kusby on the site Garden Cottage, plants release natural chemicals into the air known as phytoncides, which was discussed in a study published in the International Journal of Immunopathology and Pharmacology. Kusby points out: “These phytoncides are emitted by plants as a defense against diseases, and can be effective at boosting human immunity and protecting us from harmful germs.”

Not only do plants add beauty, but they also impact our health in myriad ways that we may have never realized. What a simple, beautiful, and inexpensive way to improve health.

And don’t forget to talk to your plants. We’ve all heard that talking to our plants is good for them, but did you know that it’s how you talk to them that really matters?

IKEA conducted an informal scientific study in a school in the United Arab Emirates to show the effects of unkind words on plants, with the goal of encouraging kids not to bully one another by saying unkind things. Two plants were kept in identical conditions, with plant A being subjected to bullying words, and plant B being complimented. After 30 days, the bullied plant was wilted and noticeably droopy while the complimented plant was thriving.

As with other things in life, when we’re kind, it comes back to us. Showing a little love and care for our plants will yield good things for them, and in return, good things for us, in the form of better physical and mental health, and overall well-being.

So the next time you’re in need of a pick-me-up, head to your nearest garden center for a golden pothos, philodendron, or bird’s nest fern to help brighten your world. It will be some of the best time and money you’ve ever spent.