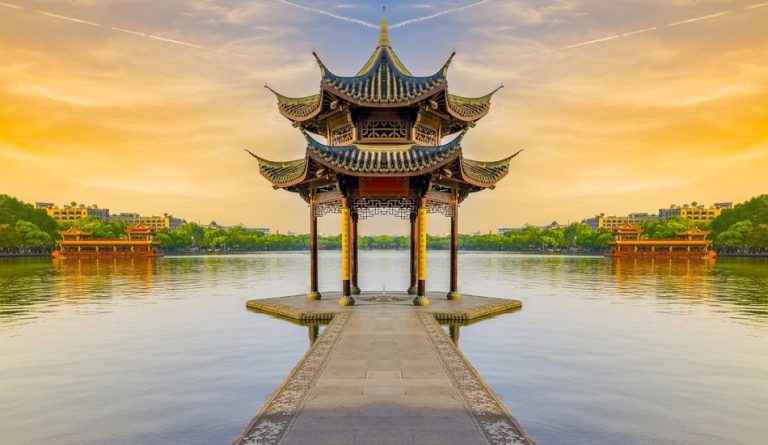 The yin and yang theory from Chinese culture indicates that all things in nature have two opposing sides. (Image: ilhamtakim0612 via Pixabay)

In traditional Chinese culture, the custom to consider the left side of the body as male and the right side as female seems to have permeated all aspects of people’s daily lives. How did this custom come into being? According to legend, when Pangu, the ancestor of the Chinese people, became a deity, his body parts and organs turned into the sun, the moon, stars, mountains, rivers, lakes — into all things on earth as well as all living things.

This custom is also closely aligned with the philosophy of the ancient people. In the traditional Chinese concept, the two opposite sides in everything are yin and yang.

Yin and yang are integral parts of traditional Chinese culture

For example, everything could be differentiated by size, length, up or down, left or right. Ancient people classified things that were “big,” “long,” “up,” and “left” as yang, and things that were “small,” “short,” “down,” and “right” as yin. Yang was firm and strong, while yin is soft and weak. In terms of temperament, male is masculine, belonging to yang and the left, while female is gentle and soft, belonging to yin and the right.

The concept of “male left and female right” originated from the Tao school theory of yin and yang. Things facing the sun were classified as yang and the opposite were yin. The concept eventually extended to the climate, location, state of movement, and other aspects.

Yin and yang theory indicates that all things in nature have two opposing sides: yin and yang. Yin and yang can be used to describe opposites and to analyze the two opposite sides of matter. Generally speaking, things in violent motion, upward, warm, or bright are viewed as yang. Things that are relatively still, cold, downward, or dim are considered yin. As for heaven and earth, the sky being light and clear is yang, the earth being heavy and turbid is considered yin.

The theory of yin and yang posits that the five elements (wood, fire, earth, metal, and water) represent the fundamental relationship of changes. The five elements are in continuous motion, impelling mutual generation and mutual inhibition. This theory has had a profound impact on the development of ancient philosophies. In the East, astronomy, meteorology, chemistry, mathematics, music, and medicine all attribute their development to the theory of yin and yang.

There is a description in the “Tai Chi chart” by Zhou Dunyi that reads:

”Limitless emptiness produces the Supreme Ultimate (Tai Chi); the movement of Tai Chi generates yang; when the movement becomes extreme, it turns to stillness, and the stillness generates yin; when the stillness becomes extreme, it turns to movement again. Movement and stillness are the origins of each other. Yin and yang are differentiated and stand as opposites. Therefore, Tai Chi generates yin and yang. When the two interact with one another, a multitude of things are produced. Things produce other things and the changes are endless.”

This is the best and most comprehensive explanation of the concept of yin and yang by ancient scholars from the Book of Changes. The concept of “male left and female right” is also a way of expressing yin and yang in traditional Chinese culture.