Tales From the Practice of Medicine: Diarrhea 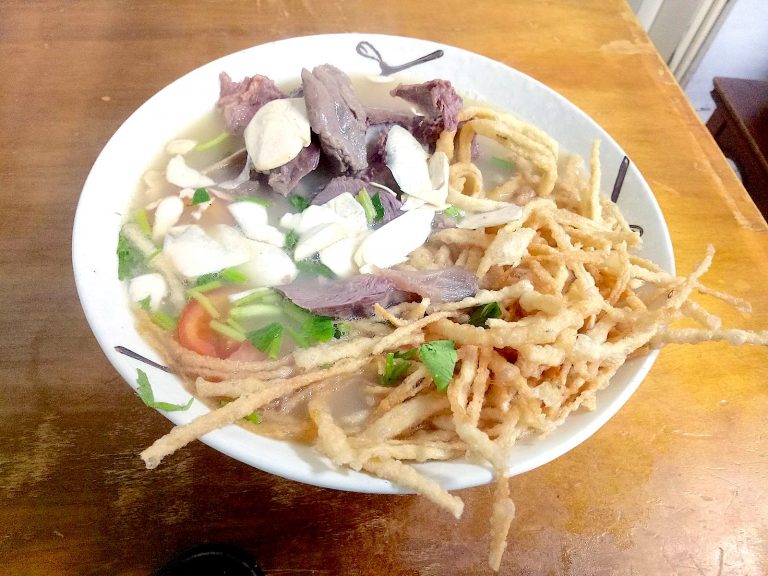 Diarrhea can strike from the most innocent and most unlikely sources. (Image: via Wikimedia Commons)

There are varying degrees of diarrhea, ranging from mild to very severe, or persistent. A persistent attack of diarrhea is a very serious condition and depletes the body of vital minerals, electrolytes, salts, liquid, friendly bacteria, and vitamins. It calls for immediate medical attention and it may indicate underlying conditions.

This article is not meant or intended as diagnostic medical advice or treatment for the medical condition called diarrhea. We are merely looking at the different perspectives on the condition from the point of view of Eastern and Western medical traditions and practices.

The cause of the condition has many and varied sources, and it is usually unsuspecting to the victim until it strikes. It may stem from poorly handled and contaminated sources like water, food, undercooked food, recooked food, fish, shellfish, chicken, eggs, pork, salad, poor sanitation, not washing hands after visiting the toilet, leaving food and beverages out in the sun for too long — even fear and fright can bring on the condition.

Travelers and holidaymakers can be afflicted with a variety of diarrhea called Montezuma’s Revenge. Once attacked by this condition, much of the remaining holiday is spent in the bathroom. You will not have too many memorable holiday snaps. And your friends and family will not get any “Wish You Were Here” postcards.

With diarrhea, the body is depleted of nutrients and liquid, so at a minimum, rest and the drinking of liquids are highly recommended.

East and West approaches with the debilitating condition called diarrhea

This is an instance of different approaches to the condition from East and West by two medical colleagues.

Fernando and I have been working together in the same clinic for many years. He is one of the most respected family doctors in the area. We frequently discuss the differences between Western and traditional Chinese medicine (TCM) approaches to medical treatment and diagnosis. We wanted to address our respective deficiencies and learn from each other’s strengths.

One day, I noticed that he appeared very troubled, so I asked him what was bothering him. With a pained smile on his face, he admitted that his child had had diarrhea for a while. He tried all kinds of treatments. However, neither injections nor pills could stop the diarrhea. The child was in misery. On that day, his wife, overcome by frustration and anxiety, picked up the child and declared:”Let’s go! We will find a REAL Doctor.”

Fernando was shocked at the accusation. He didn’t know how to respond to these harsh words from his wife. He is a highly respected doctor. If he were not regarded as a real doctor, then who would be?

On the other hand, this time, even Fernando could not cure his own child of such a common ailment as diarrhea. So how could he blame his wife for losing confidence in him?

He looked at me for a moment, and suddenly his eyes brightened up: “Why didn’t I think of asking you for the Chinese medical treatment for children’s diarrhea?”

With that, we started to discuss this child’s symptoms. He told me that at midnight or daybreak, his child would come down with a very bad case of diarrhea, which resulted in the child’s abdomen becoming tough and swollen. Nonetheless, the child didn’t eat less, nor did he lose any weight.

According to Fernando, his child had been sleeping with his navel exposed for months. Therefore, I told Fernando how important it was to keep the navel warm, as recommended from a Chinese medical standpoint. We then continued our discussion on the differences between Chinese and Western culture, habits, and customs. For example, people in Western culture would not connect a chilled navel with diarrhea.

I explained the impact of the Western children’s diet: Mostly raw, cold, greasy food and drinks, such as iced water, French fries, chocolate ice cream, and hamburgers are all hard to digest for a child. A chilled navel in the evening is all the more aggravating to the child’s stomach. How can a child’s stomach take all these abuses and not complain at all?  Fernando finally realized the root cause of his child’s diarrhea.

Proper sanitation and nutrition are credited with the elevation of our modern standard of civilization, our good health, and the dramatic lowering of infant mortality and infectious diseases. A huge Thank You to plumbers, our unsung heroes! In your essential work for society, you face great dangers. You have saved the lives of more human beings than all other professions combined.