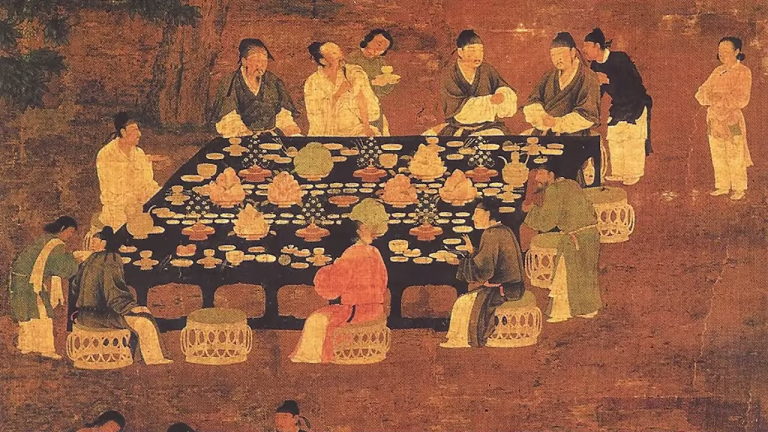 Chopsticks are an integral part of Chinese and Asian culture. Their popularity and widespread use across Asia have a long and rich history. (Image: via Wikimedia Commons)

You have heard that Chinese people are good at mathematics or good at numbers. It is believed that this aptitude has some connection with the tradition of using chopsticks. Does this theory have any scientific proof? In this article, we share some glimpses into the intriguing world and history of these eating utensils.

It has been said that using chopsticks improves memory, as well as increases manual and finger dexterity. Their frequent use can be useful in improving learning, motor skills, and coordination. Chinese calligraphy and brush painting are all connected with hand movements.

Chopsticks are an integral part of Asian culture. Their popularity and widespread use across Asia have a long and rich history. They come in all shapes, materials, and types, from golden chopsticks engraved with calligraphy to disposable bamboo wari-bashi. Regardless of the form they take, they have evolved into an important icon of Asian culture and history.

It is believed that the first chopsticks were developed over 5,000 years ago in China. Early Asian people would retrieve their food from the fire using sticks or twigs from trees. Populations grew and fuel resources became scarce; people cut food into smaller pieces to save fuel because the smaller portions cooked faster. This eliminated the need for individual knives and chopsticks became the utensil of choice.

Confucius taught: ”The honorable and upright man keeps well away from both the slaughterhouse and the kitchen. And he allows no knives on his table.” Confucius’ disdain for the presence of knives on the table, coupled with the popularity of his teachings, no doubt contributed to the expanding use of chopsticks among the population.

By A.D. 500, chopsticks had spread from China to other countries, such as Korea, Vietnam, and Japan. While initially only used for religious ceremonies in Japan, they quickly gained popularity there as well and their use quickly became widespread throughout the rest of Asia.

Bamboo, wood, and bone are traditional materials for making chopsticks

Bamboo tended to be the most popular material for making chopsticks. Bamboo is commonly grown in Asia. It is easy to split and it is especially resistant to heat. Other popular materials were wood and bone. Ones made of precious metals were not uncommon among the wealthy. It was believed that silver chopsticks would turn black upon contact with poisoned food. This theory, however, has since been disproved.

Chinese chopsticks were called “kuai zi” and they were typically 9-10 inches (23 cm to 25 cm) long, rectangular in shape, with blunt ends. Japanese versions originally resembled tweezers made from bamboo, with the two pieces joined together at one end. By the 10 century, they became two separated pieces. They were slightly shorter than their Chinese counterparts. Japanese chopsticks are typically rounded and taper to a point.

Some Asian superstitions evolved around chopsticks. For example, If you find an uneven pair at your table setting, it is believed that you will miss the next train, boat, or plane you are trying to catch. Dropping them is a sign of new guests coming or the arrival of an unexpected visitor.

There is also a very popular legend about chopsticks

Once, there was an elderly father who had four sons. Before this father died, he called his four sons to his bedside. At his bedside, there was one chopstick, while close by the bed there was a bundle of them.

He asked one of his sons to break one in half. His elder son without much effort broke it in half. He asked a second son to break the bundle in half.

His second son exerted all his efforts but could not break the bundle. The elderly father said to them: ”This is a simple truth that if all four of you work together as one, no other force can easily defeat you. However, if you go it alone by yourself, you will be vulnerable and may not be successful. Please remember my words. United as one, you are 90 percent sure of success. If you break up and go your own separate ways, you will likely end in failure.”