Eat Tomatoes in Autumn and Winter to Protect the Cardiovascular System 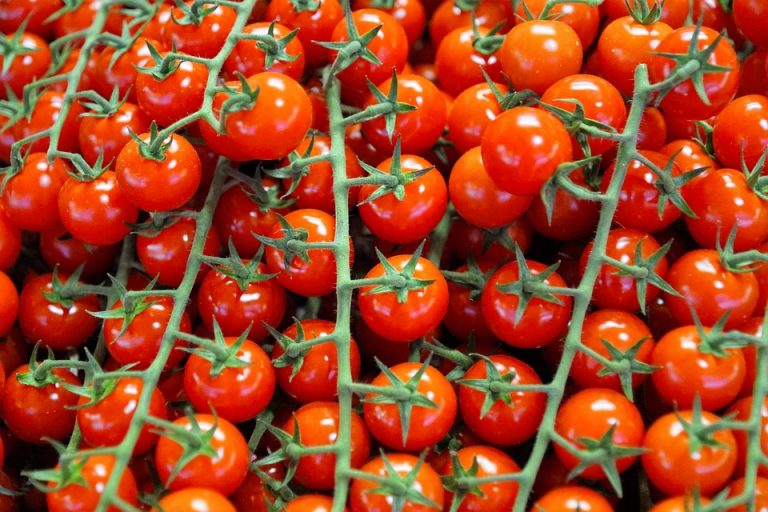 Tomatoes are rich in vitamins C and E. (Image: photosforyou via Pixabay)

During the winter months when the weather gets cold, people turn their attention to taking care of their hearts and the health of their blood. Ripe tomatoes are considered a good food choice to provide protection for the ticker. Tomatoes are also considered efficacious in the fight against cancer.

There are many varieties and shades of tomato. Whenever the tomato is mentioned, apart from being delicious, we often wonder if it is a fruit or vegetable. In either case, it is very delicious, raw or cooked. The humble tomato is very versatile and adaptable as a food. It forms one of the ingredients, if not the very basis, of many dishes and menus in so many cultures.

From a nutritional point of view, what makes it interesting is that it has an active plant nutrient called lycopene. Studies have found that this red carotenoid plant (despite containing no Vitamin A) is more effective than carotene, vitamin C, and vitamin E in suppressing free radicals. When free radicals get out of control, the body suffers at a cellular level. Lycopene guards the body against the damage brought on by free radicals and to an extent, can help resist cancer, maintain the cardiovascular system, defy ageing and protect the skin.

There are many types and varieties of tomato. Their color, size, taste, and nutrient content are different. So which type provides the most lycopene? Orange ones contain higher carotene content. Pink ones have a moderate amount of lycopene and carotene. Light yellow ones have the least carotene and almost no lycopene. In general, the more intense the red, the more ripe the tomato is and the more lycopene it has, which directly makes it a stronger nutrient and an adjunct food in cancer prevention.

Tomatoes are rich in vitamins and minerals such as calcium and potassium. Lycopene is the main cause of the rich red coloration in matured tomatoes. That is why they are stronger in resisting oxidation, lowering the risk of heart diseases and bad cholesterol, as well as preventing thrombus forming. There are also findings showing that tomatoes are effective in preventing prostate cancer, so men may need to include them in their diets for that reason.

For the purpose of disease prevention, a daily intake of 18 mg lycopene, approximating 14 ounces (400g) of ripe tomatoes, is recommended.

An essential life element for men

The level of carotene in a male directly dictates the health of his prostate and lungs, as well as the skin condition. It is named an essential life element for men as a result.

Studies have shown that the lowering of the lycopene level in the prostate allows free radicals to become rampant leading to oxidative damage and aging. Supplementing with lycopene is an effective means to reverse this course.

A word of caution: green, unripe tomatoes can be toxic

Strange as it may seem, tomatoes, along with potatoes and eggplant (aubergine), belong to the species of plants called Atropa belladonna, commonly called deadly nightshade, or belladonna. Green, unripe tomatoes or the foliage are poisonous. The same holds for green-skinned potatoes, as well as the foliage. Green tomatoes contain a toxin called tomatine and should not be consumed. Eating too many may lead to food poisoning resulting in symptoms such as dizziness, nausea, vomiting, and weakness. As the tomato fruit ripens, its toxic tomatine content will gradually decrease and is safe for eating when it is matured.

A good tomato should be ripe, aromatic, round, and shiny, have a good weight, and feel heavy. Don’t buy it if the part attaching to the stem is still green. That means it has not ripened completely.

A Spanish study has found that cooked tomatoes provide more intestinal benefits than raw ones. Comparing uncooked tomatoes and cooked tomato paste, the lycopene in the latter was higher and it remained longer in the digestive process so it was more easily absorbed. It also enhanced the effects of intestinal probiotics like Lactobacillus reuteri, which is proven to assist an allergic constitution, prevent the recurrence of allergic reactions, and regulate intestinal functions.

One final point to make about eating raw or cooked tomatoes is that cooked tomatoes raise the blood sugar level, which matters to type 1 and type 2 diabetics, while eating raw tomatoes does not have the same impact. It is important to consider one’s individual needs when choosing and eating tomatoes to get the best outcome holistically. Of course, with all things food or diet, if in doubt, consult your medical practitioner or health carer for advice.