Emigration From China: Almost 11 Million People Have Left China to Gain Their Freedom 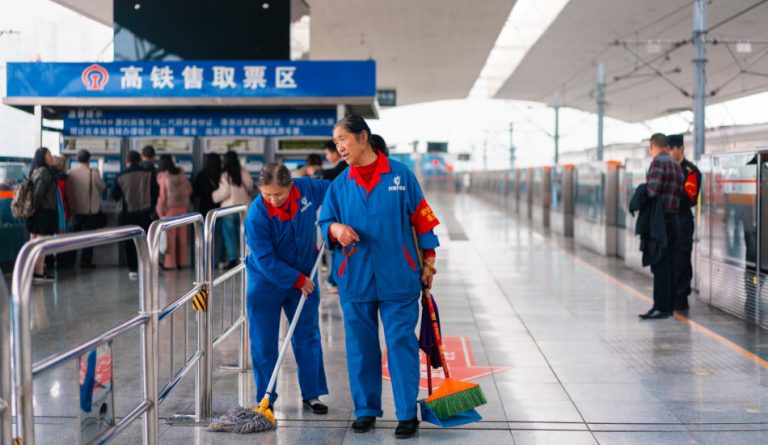 If one were to believe the Chinese Communist Party, it seems that the Chinese people’s happiness index is among the world's best. (Image: Kristoffer Trolle via Flickr)

The Chinese Communist Party (CCP) has always boasted that China is the best and safest country globally and the most promising country in the world. Whether according to public opinion polls in North Korea or China, it seems that the Chinese people’s happiness index is among the world’s best. So why is there so much emigration from China?

A recent report proves that the CCP’s propaganda is a stark distortion of the facts. A proverb states: “Man struggles upwards, water flows downwards.” Whenever possible, the human race will rush to free and happy countries and leave the ugly and evil governments behind.

The China Social Sciences Literature Press recently published the Blue Book of Global Talent — Annual Report on Chinese International Migration 2020, which was jointly researched and edited by the Center for China and Globalization and the Development Research Institute of Southwestern University of Finance and Economics, a national university in Sichuan Province, China. Although the view presented by the book that people leaving China are part of a “talent exchange” is absurd, it is based on statistics from the Ministry of Public Security’s Household Registration Bureau and other demographic data.

Emigration from China is the third highest behind India and Mexico

It is unbelievable that no matter how the CCP promotes China, there were still 10.73 million Chinese leaving China. Emigration from China is the third highest only after India and Mexico.

It is interesting to note that most of the emigration from China to the United States was people who have wealth in China. Immigrants include relatives of CCP officials and wealthy business people from all walks of life. Li Xiaoming is the richest man in Yunnan. Not only has his family held U.S. green cards for a very long time, but in 2019, five of the six family members formally joined the U.S. citizenship list and swore to become U.S. citizens. Small wonder that Chinese netizens commented on why all the rich people would go to the United States. Would they take most of China’s wealth with them?

The second country of choice for Chinese emigration disclosed in the Blue Book turned out to be Japan. In 2019, as many as 784,800 Chinese emigrated to Japan. For 70 years, the country that the Central Propaganda Department has vilified at every opportunity has been Japan. But in fact, the Chinese people are most eager to emigrate to Japan and become Japanese citizens!

Canada is the third destination for Chinese emigrants. A total of 691,500 Chinese people went to Canada through all routes. Most of them are investment immigrants, and they take with them huge amounts of Chinese money.

The most intriguing number is how many Chinese emigrate to Hong Kong, which in 2019 was 2,272,300. Most of the emigration from China to Hong Kong is because all Chinese people know that it is much better than any Chinese city.

China Social Sciences Literature Press, the publisher of the book, is a state-run press facility. In October 2020 the U.S. State Department issued a statement that categorized six specific propaganda mouthpieces of the CCP as Foreign Missions under the Foreign Missions Act (22 U.S.C. 4301-4316). China Social Sciences Literature Press was one of the six named.

At a press briefing on October 21, 2020, U.S. Secretary of State Mike Pompeo said: “We’re not placing any restrictions on what these outlets can publish in the United States. We simply want to ensure that the American people, consumers of information, can differentiate between news written by a free press and propaganda distributed by the Chinese Communist Party itself. They’re not the same thing.”