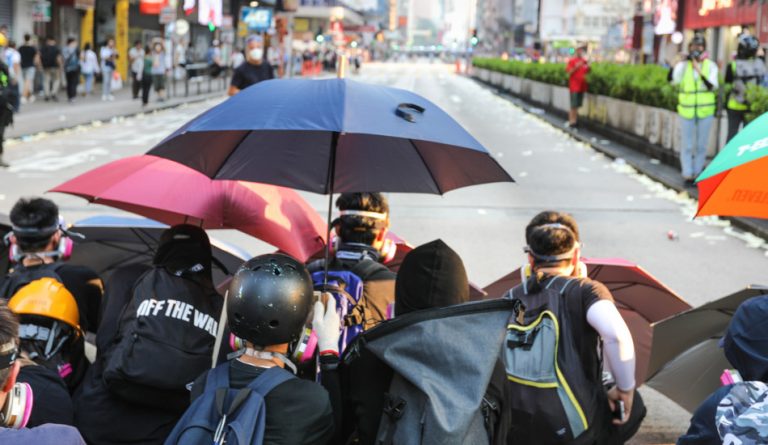 In the midst of the Hong Kong protests in 2019, Ai Weiwei and a daring team of camera operators shot footage for the documentary 'Cockroach.' (Image: via Dreamstime.com © Mwphoto55)

Renowned Chinese artist Ai Weiwei has just released (via Vimeo on demand) the film Cockroach — a visual record of the final moments of an independent, democratic Hong Kong.

“Cockroaches” is what the protesters call themselves, and although this name had been used toward them as an insult from the pro-Beijing side, it’s a term in Cantonese slang of admiration and resilience in the face of adversity.

The 1 hour 33 min long film was shot in the midst of the Hong Kong protests in 2019. The protests ignited after a law was proposed in February 2019 that would allow for the extradition to China of Hong Kong citizens facing criminal charges. There was outrage and widespread fear this law would erode Hong Kong’s autonomy under the “one country, two systems” agreement.

The film is shot on 4K digital video and WeiWei has a daring team of camera operators who are hovering above with drones right in the middle of the sickening violence on the streets. This way we see the scope of the protests and view the tyranny imposed. It is fast-paced and cut like an action film leading to some heart-stopping moments.

The protests were led by many of the younger generation. The film captures the evolution of the protest movement, pitched street battles where we witness the protesters using whatever means of weapon they have at their disposal to resist Chinese authorities and applying Bruce Lee’s “be like water” technique.

It covers key events like the multi-day siege at Hong Kong Polytechnic University and the blockade of the Harbour Tunnel. There are interviews from police, lawyers, legislators, politicians, citizens, and Hong Kong activists speaking on the rapidly growing and intensifying assaults on their freedoms and the rule of law.

Since the film was made, many activists interviewed in the film — like Agnes Chow, Joshua Wong, and Ivan Lam — have now been jailed for participating in and inciting others to take part in an “unlawful assembly.”

Ai Weiwei told The Guardian: “These people are unique in the world because they are standing up to China. Most people… are too worried about their jobs. Many countries don’t dare stand up to China. But these people are willing to sacrifice everything for their beliefs.”

And when talking about the CCP: “They have no other way to do it, because they don’t negotiate. They don’t have any tolerance. They don’t give an inch. They simply arrest the people who disagree. This is most effective. I know from my own experience, but they have been controlling like this for 70 years. In my father’s day, one million intellectuals disappeared and nobody knew. Today, terrible things are on the news and nobody cares. I don’t know which is worse.” (The Guardian)

This is one of 3 films he released during lockdown. Coronation was another, all filmed by ordinary citizens in Wuhan and directed and produced by the artist from Europe. It is a film that explores the haunting way of life in China following the lockdown from coronavirus in Wuhan, China. And Vivos was one that premiered earlier at Sundance Film Festival — a powerful and perceptive study of lives invaded by tragedy in Mexico.

“As freedom and democracy are quietly under seige in far too many countries across the globe, COCKROACH is vital viewing, a rallying cry to join the protest before it is too late.”

I couldn’t agree with them more.