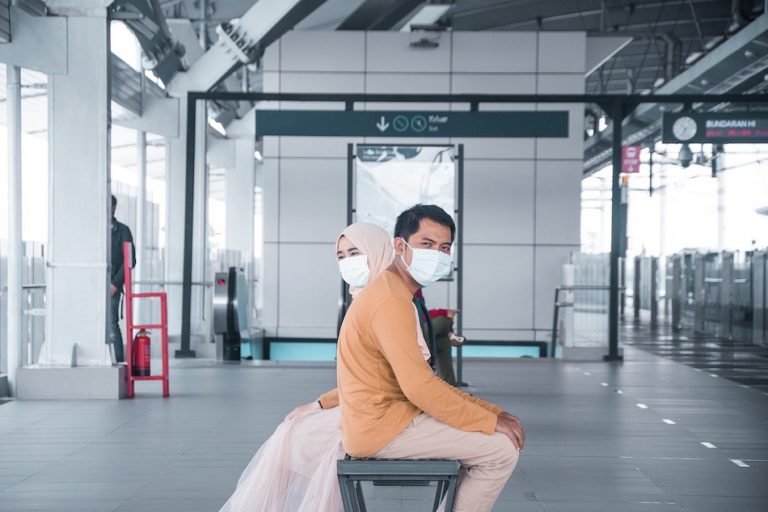 The UK is under a national lockdown again. (Image via CC0 1.0)

British Prime Minister Boris Johnson announced new national lockdown restrictions in the country amidst rapidly surging cases triggered by a new strain of COVID-19. The restrictions are expected to remain active for at least the entire month of January. Johnson noted that the new strain, named B.1.1.7, was spreading in a “frustrating and alarming” manner. Daily cases have shot up to 50,000 patients, a big leap from 15,000 cases per day in early December.

Johnson advised people to strictly follow lockdown protocols, while adding that the country’s hospitals and other care facilities are under enormous pressure currently. As of Jan. 4, there were more than 26,626 coronavirus patients in England’s hospitals, which is 30 percent more than the number of patients a week ago. Schools and colleges will remain closed during the lockdown period. People have been asked to work from home as much as possible and only venture out to buy essential supplies.

“I completely understand the inconvenience and distress this change will cause millions of people and parents up and down the country… The problem isn’t that schools are unsafe for children… the problem is that schools may act as vectors of transmission, causing the virus to spread between households… The weeks ahead will be the hardest yet, but I really do believe that we are entering the last phase of the struggle,” Johnson said in a statement. The UK has over 2.7 million cases of infections, the highest in Europe.

Almost 75,500 Brits have died from the CCP virus

Though Johnson did not commit to a fixed date when the lockdown restrictions will be lifted, he indicated that it could remain in effect until late February. The prime minister said that by mid-February, the country should have administered vaccines to four priority groups. Those include people over the age of 70, people who are vulnerable, those who live in care homes, and frontline healthcare workers. He also suggested that schools might be allowed to reopen in the second half of February.

Health Secretary Matt Hancock has asked everyone to behave “as if they have the virus,” since the new strain is extremely contagious. He believes that this would put people on high alert and ensure that people follow health protocols as strictly as possible, limiting the impact of the outbreak. The minister also raised concerns about a South African strain of the virus which he thinks is even more dangerous than the UK variant. The UK has currently restricted all flights from South Africa.

More than 5,000 UK military personnel have been deployed to tackle the CCP virus outbreak. They are involved in all activities from testing for the virus to administering vaccines. Given the number of military personnel on the ground to handle the issue, the Ministry of Defense is calling it their largest-ever peacetime operation. In Manchester, 800 officers have been stationed to aid in CCP virus tests throughout the region.

“The task builds on lessons from previous asymptomatic community testing in Liverpool, Lancashire, Merthyr Tydfil, Medway, and Kirklees. In addition to community testing, military personnel remain on-task testing hauliers in Dover and helping to establish ten new testing sites to improve the flow of traffic across the Channel. As of today (Jan. 4), 515 personnel are on task in Kent and elsewhere providing testing to hauliers. Fifteen hundred armed forces personnel have also been provided to support schools testing with local response teams providing virtual support and phone advice to institutions,” the Ministry of Defense said in a statement.