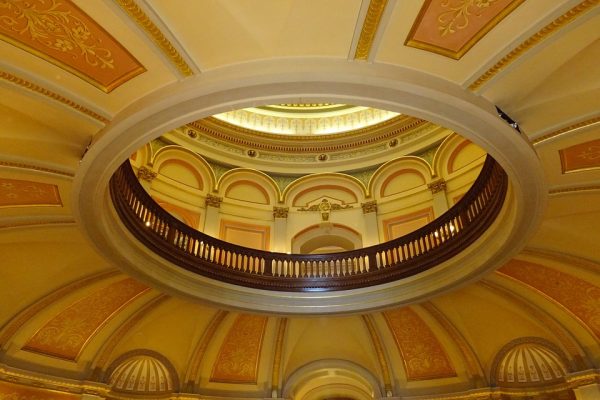 Senator Joe Manchin, a Democrat from West Virginia, has called for bipartisanship to prevail in American politics. His statement was made prior to the attack on the Capitol building on Jan. 6. “Now, more than ever, we must enter a new era of bipartisanship in Washington. With tight margins in the House and Senate, Democrats and Republicans are faced with a decision to either work together to put the priorities of our nation before partisan politics or double down on the dysfunctional tribalism… Above all, we must avoid the extreme and polarizing rhetoric that only further divides the American people — I will work tirelessly to make sure we do. It is time for Americans to move closer together,” he said in a statement.

Following the violence at the Capitol, Senator Joe Manchin publicly condemned the protests and noted that it was time for America to move forward as one nation. He had also asked Twitter to suspend Trump’s account “in the interest of national security and public safety.” And when the social media platform banned the president, he thanked Twitter while saying that Americans should come together to find a common path forward. Trump criticized Twitter for permanently banning his account, saying that it is an attempt to silence the 75 million “great patriots” who voted for him.

After the Nov. 3 election, Senator Joe Manchin had admitted that some portions of the Democrat Party had aligned itself with the radical left. “…it wasn’t a good message, I’ll be very honest with you… We let them [Republicans] tag us basically before we could remind the people who we are… Basically labeling every Democrat as a socialist or supporting socialism, that’s not who we are. It’s not who I am [it] is not how we were raised. And it hurt a lot of good Democrats in rural America. Montana, for one. Other places around the country,” he said in an interview with CBS News.

Senator Joe Manchin is often considered the most Trump-leaning, centrist Democrat member in the Senate since he has supported many of the president’s initiatives and has often opposed his own party’s policies. He strongly stands against extreme left initiatives and has rejected calls for defunding the police that were made last year in the wake of Black Lives Matter protests. He also dismissed “crazy socialist agenda(s)” and opposed calls for expanding the number of Supreme Court Judges. Senator Joe Manchin has asked fellow Democrats to take a more moderate approach rather than allying themselves with extreme fringe groups.

However, Senator Joe Manchin did oppose Trump’s request to approve $2,000 stimulus checks for Americans, something that also went against his party’s position and was in agreement with the Republican viewpoint on the issue. In a Jan. 9 interview with the Washington Post, he insisted that if the government does end up giving money, it should only go to Americans who are in dire straits and actually need the money. Senator Joe Manchin is also known to be an opponent of the Green New Deal, a plan that Trump has trashed several times for being a danger to the American economy.