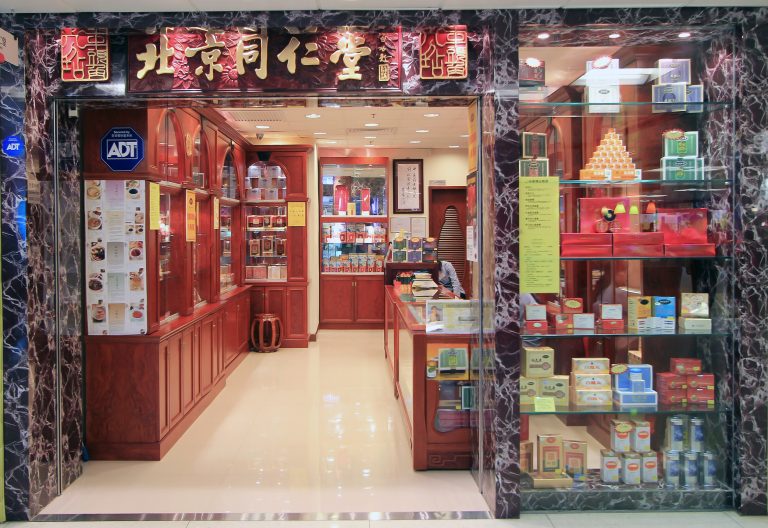 The Great Emperor Kangxi was one of the longest-reigning emperors of China’s Qing Dynasty. He came to the throne at the age of 7. By the age of 14, he was in charge of all affairs of state. He reigned for 61 years and passed away at the age of 69.

Kangxi became emperor under very strange circumstances. One year while China was still under the reign of his father, Emperor Shunzhi, a smallpox epidemic ravaged the palace and the emperor’s beloved concubine died. It caused him immense pain and he decided to become a monk. Amid the ensuing chaos, his powerful grandmother decided to put the recovering 7-year-old Kangxi on the throne. Consequently, China became a prosperous, strong, and stable nation under his reign.

The legendary encounter of Emperor Kangxi consulting a doctor

Without hesitation, Emperor Kangxi asked the doctor: “What should we name it if we are to build a medicinal hall? Well, let us call it “Tong Ren Tang.” What do you think?” Zhao smiled and said when he realized that Kangxi had taken his joke seriously: “I was just joking. I don’t mean to say it. Anyway, building a medicinal hall takes a lot of money. God knows when you would get it?” Kangxi said: “Let’s give it a try.”

The Emperor then walked over to the desk and picked up a pen. He wrote a note and put his stamp on it. He instructed Zhao: “My friend, you take this to the Internal Affairs Bureau tomorrow. I have a friend there who may be able to help you.” With these words, he left.

Looking at the hurried departure of his new acquaintance, Zhao thought: “How unusual this man is?”

The next day, he took the note to the Internal Affairs Bureau. He handed it over and after a while, a servant arrived and let him inside. They went through a yard and came to a big house.

The servant opened the door, pointed inside, and asked: “Is this enough for your medicine hall?” Zhao took a look inside and was shocked. The house was full of money. He was stunned. The servant said: “Mr.Zhao, His Majesty has instructed us to give you a medicinal hall since you cured his illness and didn’t charge him anything. Isn’t this what you wished for?”

Zhao was startled as he came to realize that the man he wanted to befriend was actually the Emperor. He regretted his ridiculous request and for not guessing the Emperor’s identity.

“Isn’t this what you wished for?”

Just as the Emperor Kangxi had planned, a few days later the big medicinal hall called “Tong Ren Tang” was fitted out and furnished. Zhao moved into the medicinal hall and on the day of the opening ceremony, he got the surprise of his life by the unexpected appearance of the Emperor.

Emperor Kangxi smiled: “Don’t get all flustered! I have paid your fee. You will charge me nothing for the next consultation!”

From that time on, “Tong Ren Tang” became a famous medicinal hall in Beijing. Even today, Tong Ren Tan is famous for its high-quality Chinese herbal medicines as well as for consultations with highly trained doctors and the treatment of ailments.

The Great Emperor Kangxi went for a walk on his own one night in the capital and a legend was born. So many generations have since passed, yet, that chance encounter with a humble doctor, the penniless scholar, in a humble herb shop brought not only good fortune and good health for the Emperor himself, but gave the entire world a lasting source of high-quality herbs, good health, and freedom from so many ailments and diseases.