With Injustice to Jimmy Lai, Communist China Looks to Retaliate Against the West 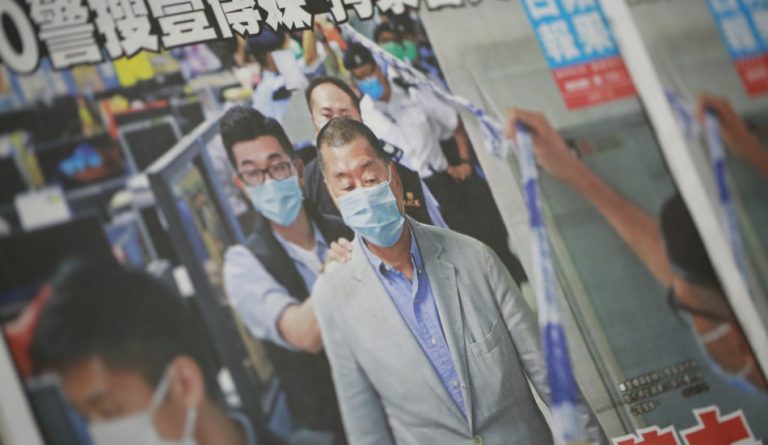 The founder of Next Digital Jimmy Lai has been detained again by the Hong Kong government and the Chinese Communist Party. (Image: Tse Pui Lung via Dreamstime)

The founder of Next Digital, Jimmy Lai, was detained again by the Hong Kong government and the Chinese Communist Party (CCP).

Albert Ho, former chairman of the Hong Kong Democratic Party, wrote an article titled Jimmy Lai’s Predicament and Hong Kong’s Road Ahead. In his article, Ho criticized the Attorney General’s endless abuse of the legal system, targeting Lai and his Next Digital media group through illegal searches, arrests, and prosecutions. He also condemned the Attorney General’s criminalizing of Lai before conviction.

The Attorney General stated that it would take at least three or four months to complete the investigation, but at the same time accused Lai of being an extremely dangerous person. He claimed that if Lai were released on bail, he would flee and jeopardize national security. As a result, Ho said: “Lai will be in custody for at least one and a half years or even two years before he stands trial. Now he has been refused bail. This is no different from jailing Lai before his case is heard. How can this be just?”

During Jimmy Lai’s first detention, Ho visited him many times and felt relieved that Lai lived in solitary confinement with “peace and stoicism.” Ho said that Lai expressed he would make good use of the time alone for spiritual practice and focus on reading, writing, and exercising diligently every day to maintain physical and spiritual strength so he could continue to work when he is released. Upon hearing this, Ho thought about the words of The Song of the Righteous Spirit: “Under the breezy eaves, I open a book and read; The ancient path illuminating my face.” Ho was deeply inspired by Lai, whom he considered a heroic and righteous man.

Ho said that Jimmy Lai and many others fighting for democracy and freedom strongly believe that “they should shoulder their responsibility as a member of society in such difficult times for our beloved Hong Kong.” Ho expressed respect to the Hong Kong people who chose to emigrate overseas, as everyone has the right to pursue happiness and freedom. “But we have chosen to stay and face the future together with the majority of citizens. We hope that we can all do our part and stay loyal to our positions. We hope we will not be too pessimistic or afraid, but to speak out for ourselves and those around us. This is the thing we should be able to do.”

Jimmy Lai has a strong belief in God

Ho said that Jimmy Lai is a firm believer that God is righteous and kind so he has no worry. Ho pointed out that although he is not a religious believer himself, “many of my friends and I are guided by our conscience and believe that what we have done for society is right and just. And we can only hang on in there with this belief and a modicum of courage and perseverance, hoping that we can clear a road for Hong Kong that inspires hope.”

Earlier, a High Court judge approved Jimmy Lai’s bail application, but the bail conditions were very stringent. Immediately after that, CCP media all over Hong Kong slammed the court and the judge. Ho believes that the court was intimidated to revoke the bail under political pressure, an “unavoidable impression” shared by the public. Ho said that there are three main reasons why the CCP treats Lai ruthlessly. First, Lai can become a bargaining chip in the U.S.-China diplomatic tug of war. The second reason is the passing of the Hong Kong National Security Law — it is necessary to make an example of him to warn others who do not follow the CCP’s absolute control. Third, during the U.S.-China trade war, the CCP leaders were outraged at Lai’s pro-Western speech and international influence. “Punishing” Lai is one way to retaliate against the West.

Ho believes that civil society groups and activists in Hong Kong struggle to survive under the government’s immense political pressures. A group of young lawyers recently told him that the defendants in many riot cases provided photos and videos from the reporters at the scene that overturned the false testimony of the police, so the defendants were released. “They especially want me to thank Lai’s reporters from Apple Daily. So far, about half of the defendants have been acquitted in numerous demonstrations and riot trials. I believe that on-site monitoring by news reporters (including civilian reporters who took selfies) and preservation of evidence are of utmost importance.”  Ho also wrote: “No doubt the many judges who still handle cases guided by a spirit of professionalism (including the judge who granted Jimmy Lai’s bail request) under the high political pressure are also very respectable.”