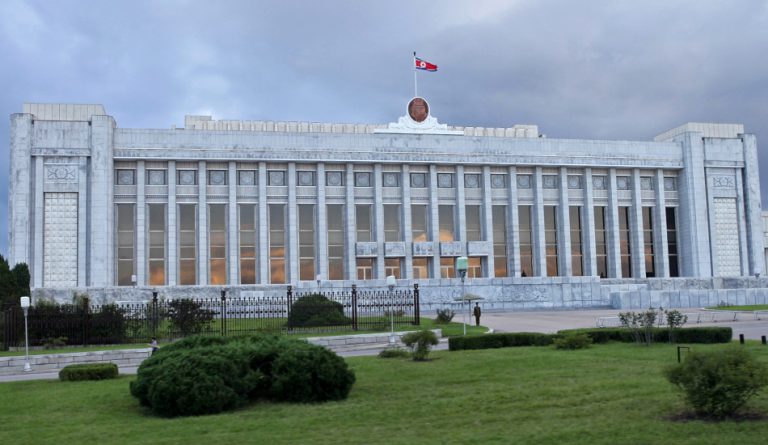 If you commit a political crime in communist North Korea, such as watching a foreign film, you won’t be the only one who gets severely punished. (Image: Roman Harak via Flickr)

Originally, officials denied that Qian Weiping’s arrest, which dates back to 2019, was related to espionage. However, the Information Center for Human Rights and Democracy based in Hong Kong confirmed rumors that five more people had been arrested in an espionage case involving a Chinese military scientist and former Major General Qian Weiping. The Hong Kong newspaper Apple Daily reported this on January 4.

According to sources, North Korea’s recent advanced development in nuclear weapons, medium and long-range missiles, and submarines are the result of espionage activities carried out in China.

While the Information Center did not give details on the five other arrests, it did share some information on ex-military official Qian Weiping. According to data, Qian Weiping is an expert in the Chinese Communist Party’s (CCP’s) space program, as well as an ex-military “tiger,” a term used for high-ranking and very powerful military officers.

Born in the town of Yicheng in Jiangsu Province in 1963, Qian Weiping was the president of the Beijing Institute of Tracking and Telecommunications Technology, and he oversaw the design of the telemetry, tracking, and command systems of China’s space program.

In March 2016, following the CCP’s completion of their military reform earlier that year, Qian Weiping became the head of the Information System Bureau of the Equipment Development Department, a new department established under the Central Military Commission.

News of Qian Weiping’s arrest was first released on July 14, 2019, a little over three years after he’d been appointed as bureau director. Hong Kong newspaper Ming Pao reported that the CCP’s military had detained Qian Weiping for questioning and investigation.

Qian Weiping became the subject of an espionage investigation after Russia’s intelligence department informed CCP military officials that Qian Weiping’s son was working for the CIA in the United States.

According to sources, Qian Weiping’s son, who was studying in the United States, took multiple photographs and electronically copied confidential documents related to the CCP’s military equipment and manned spaceflights while vacationing back home in China. The report said: “As to how Qian Weiping was also involved in the espionage case, it is still under investigation by the CCP’s military.”

Qian Weiping’s son, who was due to return to the United States in May 2019, was instead detained in China as part of the investigation into the case.

Additional sources stated that Qian Weiping’s two daughters, who were also living in the United States, were recalled to China. After the emergence of Qian Weiping’s case, the CCP’s military began a close review of issues related to the children of senior CCP officials studying abroad.

Qian Weiping is the first military rank “tiger” to be under investigation since the 19th National Congress of the Communist Party of China in 2017. At that time, a similar case emerged involving Sun Bo, a former General Manager of China Shipbuilding Industry Corporation. Sun Bo was arrested for allegedly sharing classified information about Liaoning, the first aircraft carrier commissioned into the People’s Liberation Army Navy Surface Force.

Translated by Chua BC and edited by T Denning