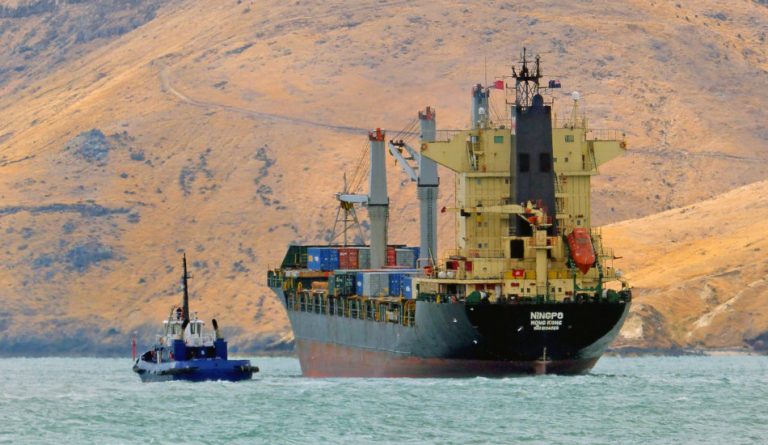 Tensions between China and Australia have risen as China halts import of seven key Australian commodities. (Image: via Flickr)

Tensions between China and Australia have risen as China halts the import of goods from Australia. In the most comprehensive reprisal to date, China ordered its traders to refrain from procuring any of the following seven Australian commodities: coal, barley, copper ore and concentrate, sugar, timber, wine, and lobsters. The retaliatory ban by China against its key trading partner could serve as a major blow to the Australian economy.

One of the individuals familiar with the situation, who wanted to remain unidentified because of the sensitive nature of the information, mentioned that the Chinese government verbally notified major traders of the prohibition on the Australian commodities, including barley, sugar, and wine in meetings. Iron ore, which is Australia’s largest export to China, will not be included in the banning of Australian commodities, the individual said.

The prohibition represents a drastic decline in Australia and China’s relationship, which had already been under strain ever since Australia barred Huawei from building the nation’s 5G network in 2018. After Prime Minister Scott Morrison’s government publicly called for an independent probe into the origins of COVID-19, which was first reported in the Chinese city of Wuhan, diplomatic relations between the countries went into free-fall.

Richard McGregor, formerly the Beijing and Washington, D.C. bureau chief for the Financial Times and currently a senior fellow at Lowy Institute in Sydney, said: “China seems determined to punish Australia and make it an example to other countries. They want to show there’s a cost for political disagreements.” (Bloomberg)

Meat imports have already been banned by China from four of the major Australian slaughterhouses. Also, lobster shipments were hindered from clearing customs in China, anti-dumping and anti-subsidy tariffs of over 80 percent were imposed on Australian barley, and China has said that timber from the state of Queensland won’t be allowed due to pests. Another target of these prohibitions has been Australian wines, which are being subjected to an anti-dumping probe. Meanwhile, China also suspended Australian coal imports for Chinese power stations and steel mills and stopped cotton purchases.

While there were no comments from China’s customs authority and Ministry of Commerce, Foreign Ministry spokesman Wang Wenbin stated that relevant Chinese departments have acted according to Chinese laws and regulations with their inspection and quarantine measures on Australian commodities and that China hopes Australia will do more so that bilateral relations can get back to normal soon.

Reports that more Australian commodities to be banned soon

Trade Minister of Australia Simon Birmingham emailed a statement that the Australian government is working with domestic industry and making inquiries with the Chinese authorities about the reports. He said: “China has consistently denied any targeting of Australia and spoken about its commitment to trade rules. In the spirit of their statements, we urge relevant Chinese authorities to address concerns of sectors like the seafood trade to ensure their goods can enter the Chinese market free of disruptions.” (Bloomberg)

Of all developed economies, Australia is the world’s most China-reliant and has a comprehensive free trade agreement in place that was signed with Beijing in 2015. China is Australia’s main trading partner, with about US$11.3 billion worth of agricultural trade in 2018-19 alone. The extensive trade measures imposed by China couldn’t have come at a worse time for Scott Morrison’s government, since Australia is currently experiencing a recession.

Australia’s former treasurer Joe Hockey, who until January 2020 served as Australia’s ambassador to the U.S. and helped oversee the free trade deal back in 2015, accused Beijing of bullying and immature behavior. He said: “The problem is China just doesn’t want to talk. Instead, they just want to react aggressively and try to bully us. And bullying never works with Australia.” (Bloomberg)

McGregor, who said he isn’t well versed with the specific details of all the recent trade reprisals, called Morrison’s demand for the COVID-19 probe a mistake. “Australia and China were always going to be edging toward separate paths,” he said. “But the call for the inquiry quickly turned the relationship into a very ugly divorce.” (Bloomberg)