Ikigai: The Japanese Way of Making the Most Out of Life 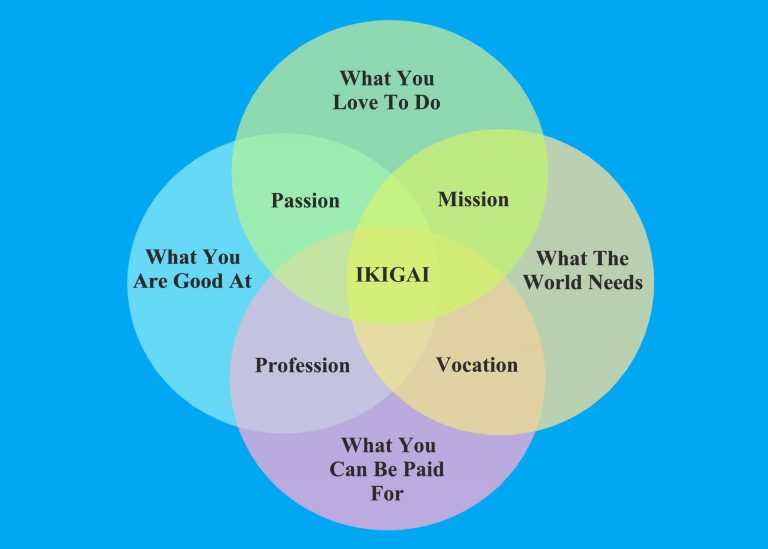 Although Japanese society is very fast paced, over the millennia they have developed their own unique ways of calming down the pace of life. Ikigai is one such way of making the most of life. (Image: Unteroffizier via Pixabay)

Japanese people are admired for their genius, industriousness, grace, beauty, and culture. Although Japanese society is very fast-paced, over the millennia, they have developed their own unique ways of calming down the pace of life. Ikigai is one such way of making the most of life.

In the hustle and bustle of everyday life, taking a pause to reflect upon the finer things within and around us can prove to be rather elusive. So deep-rooted and primal is our instinct for staying afloat that the resulting wear and tear it inflicts on our minds and bodies go unchecked.

Consequently, not only do we grow increasingly delusional about our existential purpose, but we also launch ourselves into vicious cycles of self-loathing and anxiety. A feeling of frenetic aimlessness and chaos rents our minds at large.

This is where the ancient Japanese ideology of Ikigai comes into the picture. Besides giving the nation’s vast population a compelling reason to get out of their beds, the philosophy has also now become synonymous with the country’s long life expectancy.

Deep in the recesses of Okinawa, the island where this concept is said to have been birthed, thrives the largest global population of centenarians. However, the residents of the island do not exercise any copyright over the practice whatsoever.

Practitioners of the philosophy in the remaining parts of the world vouch ceaselessly for its many benefits and inherent therapeutic essence. But what exactly does Ikigai entail, and how is one supposed to go about it? Please continue reading to find out.

The four elements of Ikigai

Originating from the Japanese words “Iki” and “gai,” meaning “life” and “result,” respectively, the term Ikigai essentially translates into the English phrase as “Happiness in life.” Broadly, the philosophy revolves around discovering joy in your daily tidings by anchoring it through a sense of purpose.

The word traces itself back to the Heian phase, when shells were considered to be extremely valuable. Subsequently, the term “Ikigai” came to be inherently associated with the concept of value.

At the outset, there are four primary elements that constitute the core value of Ikigai:

What is the importance of Ikigai?

There are a number of significant conclusions that scientists, sociologists, and journalists alike have arrived at regarding the various principles and teachings of Ikigai. The most popular theory in circulation is that the practice imbues one’s life with longevity and incorporates greater direction in day-to-day decisions.

Practitioners of Ikigai are traditionally observed to have high levels of DHEA, the steroid hormone that is commonly attributed to rendering human beings with a longer life span.

Though the correlation between higher DHEA levels and practicing Ikigai hasn’t been directly determined as of now, it is worth noting that the phenomenon is more widespread with individuals who are endorsers of the philosophy than others. In most cases, people who practice Ikigai as a hobby are seen to have an improved focus and ambition in life than their peers.

Where do you practice Ikigai?

“The origin of the practice traces itself to the southern island off of mainland Japan, Okinawa. The island’s active and functional population of healthy and non-retiring centenarians all unanimously hold the ideology and practice of Ikigai responsible for their relatively stress-free and ambient lives.”

Researchers who have carried out detailed studies on the inhabitants of these islands are of the opinion that the secret ingredient behind the consistent, long life-span of these individuals can be associated unambiguously with possessing a sense of purpose in their lives; a sentiment that they have mined completely by practicing Ikigai consistently over a prolonged period of time.

How do you find your Ikigai?

There are a number of ways and practices that one can adopt to discover their own Ikigai. At the outset, any kind of diversion that serves the purpose of breaking the shackles of monotony in one’s life is considered to be a reliable starting point.

It isn’t important to have an uncluttered mind to find one’s Ikigai. What is crucial is how they are able to channel their streams of thoughts and give them an expression that is best aligned with their inner desires and aspirations.