Mistaken Identity: A Presumed Supernova Is Actually Something Much Rarer 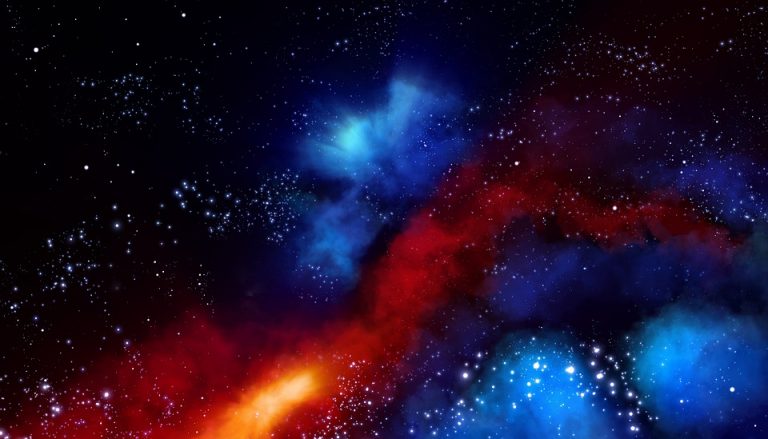 In a case of cosmic mistaken identity, an international team of astronomers revealed that what they once thought was a supernova is actually periodic flaring from a galaxy where a supermassive black hole gives off bursts of energy every 114 days as it tears off chunks of an orbiting star. (Image: eli007 via Pixabay)

In a case of cosmic mistaken identity, an international team of astronomers revealed that what they once thought was a supernova is actually periodic flaring from a galaxy where a supermassive black hole gives off bursts of energy every 114 days as it tears off chunks of an orbiting star.

Six years after its initial discovery — reported in The Astronomer’s Telegram by Carnegie’s Thomas Holoien — the researchers, led by Anna Payne of the University of Hawai’i at Mānoa, can now say that the phenomenon they observed, called ASASSN-14ko, is a periodically recurring flare from the center of a galaxy more than 570 million light-years away in the southern constellation Pictor.

Their findings — based on 20 instances of regular outbursts — will be published in The Astrophysical Journal and presented by Payne at the American Astronomical Society’s annual meeting. Active galaxies, such as the host of ASASSN-14ko, have unusually bright and variable centers.

These objects produce much more energy than the combined contribution of all their stars. Astrophysicists think this is due to gravitational and frictional forces heating up a swirling disk of gas and dust that accumulates around the central supermassive black hole. The black hole slowly consumes the material, which creates low-level, random changes in the light emitted by the disk.

This is the first unambiguous example of such clockwork behavior from an active galaxy. Periodically recurring flares, such as those from ASASSN-14ko, could be evidence of observationally elusive cosmic phenomena that have been previously predicted by theorists. Payne said:

“Knowing the schedule of this extragalactic Old Faithful allows us to coordinate and study it in more detail.”

ASASSN-14ko was first detected by the All-Sky Automated Survey for Supernovae (ASAS-SN), a global network of 20 robotic telescopes headquartered at The Ohio State University (OSU) in Columbus. When Payne examined all the ASAS-SN data on the phenomenon, she noticed a series of 17 regularly spaced flares.

Not a supernova, but something rarer

Based on this discovery, the astronomers predicted that the galaxy would experience another burst on May 17 of last year and coordinated ground- and space-based facilities to make observations. They have since successfully predicted and witnessed flares on September 7 and December 26. Holoien said:

“ASAS-SN is designed to probe the physics of our universe by looking for transient and variable events. It’s exciting that the luminous object we originally thought was a violent supernova explosion — which would be interesting in its own right, but more commonplace — turned out to be a long-sought-after cosmic event.”

So what causes the repeated flares? The team considered several possible explanations, but it thinks the most likely is what’s called a partial tidal disruption event. Tidal disruption events, or TDEs, occur when a star gets too close to a supermassive black hole, which tears it to shreds. Some of its material gets flung out into space and the rest falls back onto the black hole, forming a disk of hot, bright gas as it is consumed.

In this instance, instead of a star being obliterated by interaction with the black hole, it would be slowly stripped during each orbit. The flares occur when the lost material — equal to three times the mass of Jupiter at each pass — falls in toward the black hole.

The astronomers are unsure how long the flares will persist. The star can’t lose mass forever, and while scientists can estimate the amount of mass it loses during each orbit, they don’t know how much it had originally. Second author Benjamin Shappee said:

“We plan to keep predicting and observing these bursts or as long as we can. This rare find could reveal new details about black hole physics.”

Provided by: Carnegie Institution for Science [Note: Materials may be edited for content and length.]