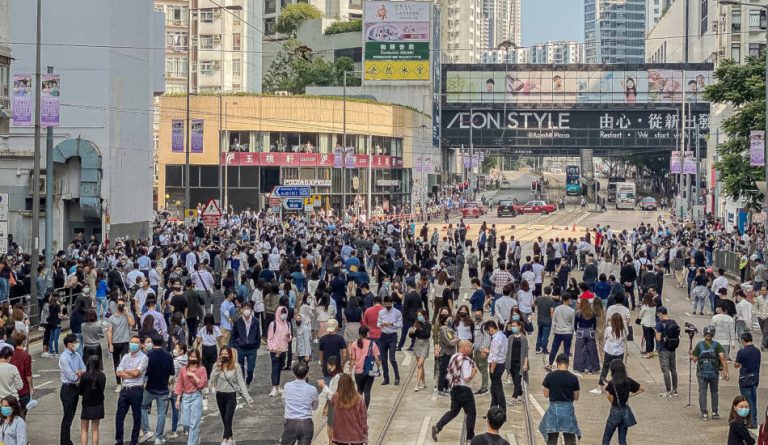 The people of Hong Kong are specially endowed Chinese people with a very distinctive background. (Image: Studio Incendo via Flickr)

Generally speaking, when it comes to ethnicity, there must be unique physical characteristics, blood roots, and cultural heritage; therefore, I was reluctant to consider Hong Kong people an ethnic group. But as I thought more about it, I realized the differences are so great, and so fundamental, that Hong Kong people can indeed be considered their own nationality. Let’s take a look at some of these unique characteristics.

First, when it comes to immigration, the Hong Kong people have the immigration gene in their blood. I realized the people of Hong Kong are specially endowed Chinese people with very distinctive backgrounds.

Hong Kong was under British rule for more than a hundred years and has long been accustomed to the rule of law, freedom, and equality, things that were given to us by the British colonists. We have been blessed to enjoy the essence of these universal values, and the spirit of freedom and liberty has become deeply rooted in who we are.

Ours is an intermarriage of British and Chinese cultures, a people infused with the best of both cultures. Our aspiration for, and identification with, universal values is a natural inclination, and our ideology and culture are deeply rooted in our blood through our unique heritage.

Second, the people of Hong Kong carry the gene of escaping disaster in their blood. They are descendants of refugees from three great migrations, namely, the communist Civil War, the Great Famine, and the Cultural Revolution. Each of these disasters was created by the Chinese Communist Party (CCP). Those who escaped the first disaster were landlords, capitalists, intellectuals, and soldiers of the Republic of China. Those who escaped the second were starving people who refused to sit idly by, and who risked their lives to survive. Those who escaped the third disaster were the Red Guards who went to the countryside following the revolution, where they suffered a great deal.

When people find themselves in a desperate situation, they draw upon the resilience of the human spirit and discover the courage to risk everything, even in the face of death. A person in this situation will be more daring, more courageous, and more confident than the general public. To save their children and grandchildren from having to live in fear and oppression, the Hong Kong people, no matter where they are, will always find a new landing place.

Third, the people of Hong Kong look outward instead of inward, forward instead of backward, and up instead of down. Hong Kong has no internal resources; instead, it relies on an externally oriented economy to support itself. It looks outward in search of opportunities, and its people have developed a broad-mindedness, far-sightedness, and extraordinary vigor.

The people of Hong Kong have a pioneering spirit that is neither old-fashioned nor conformist. Wherever we go, we carry our roots, and we will do things with the temperament of the Hong Kong people.

Fourth, Hong Kong has a unique culture that is implicit to the Hong Kong people. We are a community with a collective character, including a unique language, unique living habits, and a unique way of thinking. Wherever we go, due to our sense of flesh and blood affinity, it is easy for us to integrate into one body.

While Taiwan has gone through a period of autocratic chaos and mainland China has long been under the iron fist of dictatorship, the people of Hong Kong have lived in a safe and equal society, enjoying freedom and the rule of law for the last hundred years. As a result, we have developed an independent, unrestrained, and free-spirited temperament. The Chinese Communist Party’s fraud, cunning, and brutality stand in stark opposition to our values and character. These communist things are precisely what the Hong Kong people abhor most, and the two views are irreconcilable.

Following the anti-extradition protests, I wrote a newspaper article in support of the movement. As a result, my old classmates on the mainland called me a traitor.

Not long after, I wrote an article in Apple Daily called To Be a Traitor or a Slave? In the article, I used the examples of Sun Yat-sen and Mao Zedong, both of whom colluded with foreign powers to oppress China’s people: The Japanese provided money and weapons to Sun Yat-sen, while the Soviets provided money and weapons to Mao Zedong. I stated that I would rather be a traitor standing tall, than a slave kneeling down in submission.

Hong Kong may well fall, but one day, she will rise from the ashes, and shine brighter than ever.

Translated by Yi Ming and edited by T Denning