Gratitude and Obligation: How Couples Stayed Together for Life in Ancient Times 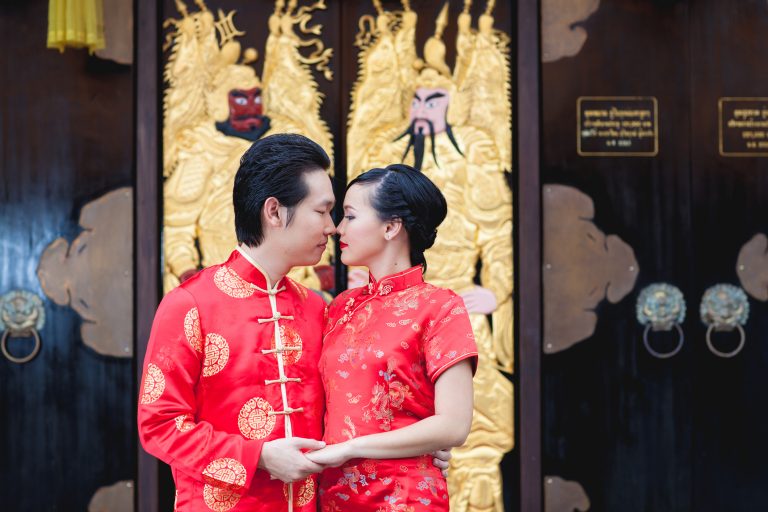 Many cultures believe that marriage is predestined and ordained by Heaven. (Image: Pigprox via Pixabay)

Married life has many kinds of ups and downs for a couple, as well as many joys and challenges. It is certainly not always a bed of roses. Couples have stayed together since ancient times, through the thick and thin. Love and affection for each other, arranged marriages, shotgun marriages, gratitude and sometimes obligation, and even necessity are some of the bonds that have held lifelong marriages together since ancient times.

Many cultures believe that marriage is predestined and ordained by Heaven. The secrets to a lasting relationship are usually as simple as a willingness to give and take, respect and love for each other, faithfulness, tolerance, and taking time for each other. Of course, when serious discord arises, divorce does happen.

The princess treated her husbands’ family with courtesy and respect

Princess Futu had a beautiful daughter named Shao Yi-xin. At the age of 20, Shao Yi-Xin married a Khitan named Yelu Nu. She understood the differences between Chinese and Khutu culture and as such, she treated Yelu Nu and his family with courtesy and respect, showing the beauty and character of traditional Chinese culture.

“Instead of using tricks, why don’t you try using the rules of etiquette?”

Shao overheard her sisters-in-law discussing what kind of dark tricks they could use to keep their husbands’ attention on them. Shao asked them: “Instead of using tricks, why don’t you try using the rules of etiquette?”

When you cultivate yourself, you will act properly and in accordance with the ancient guidelines of truthfulness and respect.

When they asked her why, Shao responded: “When you cultivate yourself, you will act properly and in accordance with the ancient guidelines of truthfulness and respect. You will serve the elders respectfully and fiially. You will treat your husband gently and with a good temper, and you will be kind and magnanimous with the children.”

“These are all the rules of etiquette. When you behave in this way, you will gain your husband’s love and respect. If you try to trick him into feeling that way, won’t you feel ashamed of yourselves?” The sisters-in-law saw the wisdom in her words straight away and agreed.

In the later years of their marriage, Yelu Nu was found guilty of a crime and sentenced to exile. As Shao was a princess, the emperor offered to let her divorce her husband so that she could avoid punishment.

A married couple is bound together by morality. We made a promise to stay together for better or worse.

Shao responded by saying: “Your majesty’s offer to exempt me, a princess of royal lineage, demonstrates your great loving-kindness. Nevertheless, a married couple is bound together by morality. We made a promise to stay together for better or worse.”

“If I left my husband now, it would be breaking that promise and it would be against the rules of etiquette. That would make me no different to the animals. I hope your majesty will take pity on us and allow us to stay together. I have no complaint to make of my life, even if I die now.” The emperor was moved by Shao’s beautiful words and agreed to her request.

“If I left my husband now, it would be breaking that promise and it would be against the rules of etiquette. That would make me no different to the animals.”

Once the couple arrived at their destination, Shao Yi-xin found herself having to work harder than she ever had before. It was a harder life than she had been used to. She accepted her fate with good grace. She did not complain and continued to treat Yelu with as much courtesy and respect as she had before.

Why do modern marriages seem so fragile? The old sayings for married couples like “a harmonious union lasting one hundred years,” “treat each other like you would a guest,” and “mutual help in humble circumstances” are guidelines that can still serve a married couple today.

Respect, obligation, and gratitude are virtues that can guide couples through all kinds of hard times. A return to these old values might make all the difference to a couple who is going through a difficult time.

“Life has taught us that love does not consist of gazing at each other, but in looking outward together in the same direction.” Antoine de Saint-Exupery