World of the High-Altitude Gemstone Hunters of Karakorum 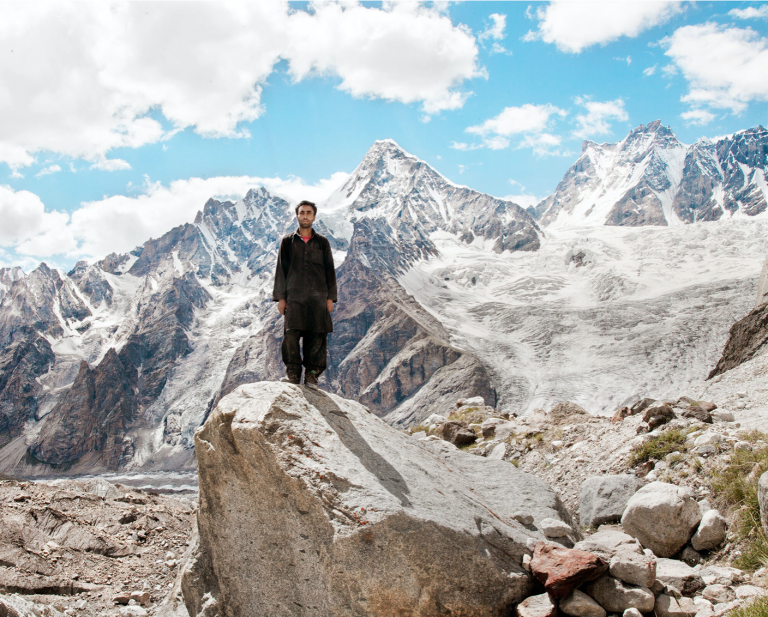 Mohammed Isaac in the Shackla mine base camp, Pakistan. (Image: via Anna Huix)

Photographer Anna Huix beautifully captures these high-altitude gemstone hunters in Pakistan’s remote mountains of Karakoram. Originally from Barcelona, Anna Huix is a London-based photographer. I first came across her work at a folio show at the creative agency Mother in London.

The series below is from a time she traveled with writer Simón Elias (also a mountain guide who specializes in remote places) to photograph the gemstone hunters.

The story of how it all happened sounds like a nice twist of fate in the way it all fell into place. Writer Simón missed a connecting flight in London to take him back to Bologna, Italy, where he was from.

He found himself in London for the very first time. At a bar, he was introduced to Anna and mentioned the gemstone hunter project, and he asked Anna if she wanted to go to Pakistan with him. She said: “No, I don’t want to go to Pakistan with a stranger.” He was leaving that afternoon and said: “Look, if you have this tiny bit of will to come to Pakistan, I’m going to change my flight and I’m going to tell you all about it.”

He left for Bologna, but as he left, he said: “I will see you there.” After a week, Anna booked her flight. They went and came back with this wonderful series of photos and an article written for the United Kingdom’s The Independent on Sunday.

The media has been known to paint quite a horrible picture of Pakistan because of all the conflict. Anna found the people she came across very aware of how the world portrays them.

The people were warm and open, inviting the two photographers into their houses, and were said to have the most incredible sense of humor.

Karakoram National Park is home to the highest concentration of mountain peaks. The K2 is the second-highest peak in the world at 28,251 feet. It is on the border of China, India, and Pakistan.

The men have two months in summer to mine the gems, as the altitude at any other time of the year means the weather is too cold. They normally work in groups of nine, called a handual. There are three investors; one buys food, one buys a pneumatic drill, and one buys explosives. None of the investors work, the rest are hard laborers, and if they find something, it is divided evenly between everyone. There are always exceptions though, and they did find a miner who painstakingly worked alone with his wife who kept him company.

So for this short period of time each year, these wonderfully spirited people, the gemstone hunters of Karakoram, risk their lives in the hope of finding a ruby, emerald, or aquamarine that could pull them out of poverty.

Gemstone Hunters of Pakistan: It’s in their blood