Compensation or Retribution for Good and Evil Deeds 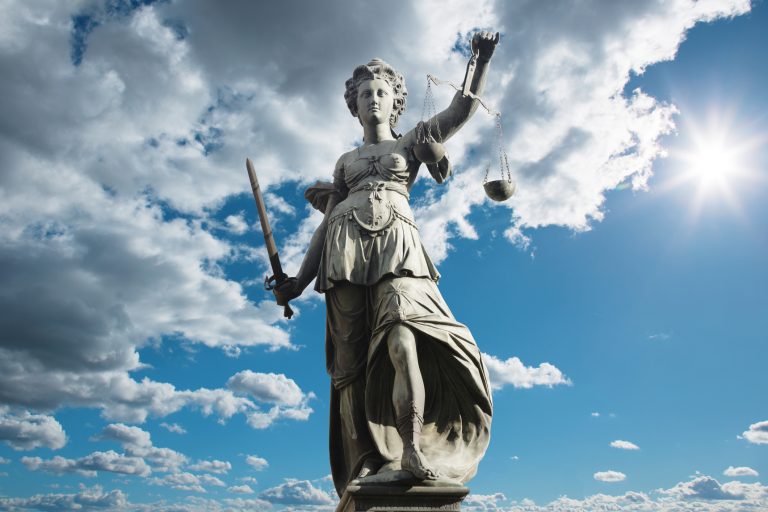 The Scales of Justice. More and more of the world’s people believe in atheism and evolution. They deny that 'you reap what you sow,' and they deny that hell exists. This is wishful thinking and self-deception. (Image: Davidfreigne via Dreamstime)

More and more of the world’s people believe in atheism and evolution. They deny that “you reap what you sow,” and they deny that hell exists. They are deceiving their own selves and others. The existence of God and Buddhas is real and retribution for doing evil deeds as well as compensation and justice for doing good deeds is very real. This fixed order of things will not cease to exist simply because of human denial.

Doing good deeds will come with blessings and peace of mind, and doing wrong deeds will come with retribution. This is the unchanging law of the universe. You cannot always see the immediate transformation of your deeds and actions or their forms of manifestation, although their existence can be felt through various forms of expression.

Take the case of Emperor Shizong, also known by his personal name, Chai Rong. He had a tragic ending after his persecution of Buddhism. Chai Rong was the second king of the late Zhou Dynasty. During his short reign from 954 until his death in 959, he issued orders to tear down all temples and melt all the bronze Buddha statues, and cast them into coins.

Dialogue between Zhao Kuangyin and the monk Mayi

Zhao Kuangyin witnessed Chai Rong’s acts of destroying Buddha statues and melting them down to produce coins, so he secretly visited monk Mayi to seek his advice.

Zhao asked: “Is there any emperor since ancient times who destroyed Buddha statues?”

Mayi replied: “Why do you ask of the ancients? You will see the retribution that is to befall Chai Rong’s family”

Zhao asked: “Master (referring to Chai Rong) is a smart man, he has toiled day and night, exercises good governance in order to unify the world, and has the style of Emperor Taizong. I do not know when the world will be peaceful?”

Mayi replied: “By the year of Jia-Zi, the world will be stable”.  (Jia-Zi or Geng-Zi refers to the Year of the Rat)

Zhao asked again: “How did the ancient emperors destroy the Dharma and what is the retribution compared to the Great Zhou?”

Emperor Wu of Northern Zhou (543-578) destroyed temples and Buddhist classics, and forced the monks and nuns to return to secular life. Soon after, he suffered from disease and skin erosion at the age of 36 years old, and in less than three years, his empire perished.

Emperor Wuzong of Tang (814-846) ruined temples and destroyed Buddha statues.  He died from an overdose of poison at the age of 32 years old.

Zhao said: “The country has been in chaos for a long time, people are tired of war.  Destroying Buddhism is not a blessing for the country. What should we do?”

Mayi replied: “White gas warning will appear. Before long, a wise emperor will appear followed by the rise of Buddhism. The Dharma will spread and it will be handed down endlessly. Please remember my words.”

Sure enough, the monk’s words came true. Chai Rong had a tragic death four years later after the persecution of Buddhism. With his tragic death, the Zhou Dynasty perished.

Zhao Kuangyin ascended the throne and became the first emperor of the Song Dynasty. During his reign from 960 until his death in 976, he followed the monk’s advice. He built temples, awarded land to the temples, and vigorously promoted Buddhism. The empire became stable and prosperous, and Buddhism flourished.

The death of Chai Rong was a huge loss at the time. Although Zhao Kuangyin who succeeded Chai Rong soon after, unified China, the land of the 16 prefectures of Yan and Yun was never able to recover and this became a hidden danger that threatened China for hundreds of years. According to historical records, Chai Rong died from a sudden ulcer on his chest during a military campaign to unify China.

According to the Buddhist text, Chai Rong’s sickness is reflective of the karma he received for cutting down the Bodhisattva’s chest with an ax when he destroyed the Buddha statue four years earlier. Although he had the ability to achieve great things and it is not that God did not give him the opportunity to show off his great plans; however, through his own ignorance, he ruined his own bright future.

The tragic fate of four emperors who persecuted Buddhism

He and the other ancient emperors — Emperor Taiwu of Northern Wei, Emperor Wu of Northern Zhou, and Emperor Wuzong of Tang — destroyed Buddhism three times, which is collectively known as “Three Wu(s) and one Zong destroyed Buddhism.” The four of them died tragically when they were full of energy and at young ages. Is this not retribution for destroying the Dharma?

There is an eternal lesson here-in for the Chinese Communist Party, demonstrating the certain consequences of their persecution and contempt for people of faith.

There is also a lesson in retribution for the rest of the world. It is ironic and ominous that in this COVID-19 era, places of worship are closed up all over the planet for the first time in all of recorded history, and believers have forcefully been prevented from attending places of worship just at a time when Divine assistance is needed more than ever.