China Expected to Continue Development in Disputed South China Sea, Unaffected by the US 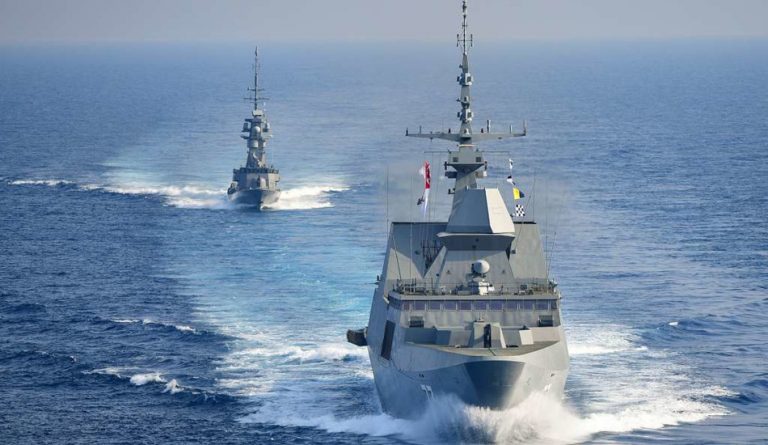 In spite of the fact that the U.S. government has placed Chinese companies on a trade blacklist, it is now suspected that the Chinese government will maintain its focus on the resource-rich disputed South China Sea.

The Trump Administration also banned military leaders, the ruling Communist Party, and significant state-owned companies from traveling to the United States. Washington suspects that they have used intimidation against other countries with claims to the 3.5 million-square-kilometer South China Sea.

The Trump administration had placed 60 Chinese firms, including the offshore oil company CNOOC, on a trade blacklist in December 2020, a move that prevents them from being able to receive some kinds of American technology. Last week, Washington blocked American shareholders from investing in nine Chinese companies accused of having connections with the People’s Liberation Army, including Xiaomi, the third-largest smartphone maker in the world.

According to scholars, however, these policies along with other restrictions placed on Chinese maritime activities are not expected to stop Beijing from extracting resources from the sea. They believe that the targeted companies will keep on drilling oil to supply the army and move forward with infrastructure development in the tropical waterway.

Wang Wei-Chieh, a Taiwan-based analyst and co-founder of the FBC2E International Affairs Facebook page, doesn’t believe that China will allow them to stop their activities in the region. He explained: “Historically, CCP’s [Chinese Communist Party] policy toward sovereignty issues or territorial issues, they never step back from it, so they will definitely keep their focus on this region. They won’t step back because of these economic sanctions.” (VOA)

The U.S. restrictions will have no significant effect on either the Chinese government or the targeted companies that work in the South China Sea, analysts concluded.

The world does not acknowledge China’s South China Sea claims

China laid claim to 90 percent of the South China Sea after the surrender of Japan at the end of World War II, but the international community has never acknowledged the legitimacy of its position. In order to fortify its claim, China began building artificial islands in the disputed areas in 2013, using its technological and military superiority to quell other claimants.

Some experts think that Beijing authorities will begin providing assistance and investment aid to the other maritime claimers in order to prevent countries outside the region from taking the U.S. view that China has used intimidation against them. Nations opposing China’s claims in the area include Brunei, Malaysia, the Philippines, Taiwan, and Vietnam.

In fact, on Sunday, January 16, 2021, in Manila, Chinese Foreign Minister Wang Yi promised that his government would donate COVID-19 vaccines to the Philippines and help it through the post-pandemic economic recovery. China had also pledged to assist the Philippines in 2016 by donating US$24 billion in aid. However, residents of the Southeast Asian country have complained that the money is moving in too slowly.

By late December, a Chinese-invested partnership confirmed it had agreed to develop and operate Brunei’s largest fishing complex.

Jay Batongbacal, an international maritime affairs professor at the University of the Philippines, thinks that for some countries it will be regarded as a means to create leverage in discussions with China. He also showed his concern over how it could complicate their relationship with China and then later with the United States.

Last month, the U.S. imposed sanctions on Chinese institutions and officials assisting China to “bully other nations” at sea, the U.S. Department of State said. Washington is looking to Southeast Asia and Taiwan to help keep China in check.

Along with its maritime expansion, Trump has pressured China over trade, Intellectual Property (IP), and economic espionage concerns.

It isn’t expected that current President Joe Biden will overturn the rules approved by Trump immediately. Instead of imposing “unilateral” action, he would ultimately compromise with China over the South China Sea, Wang predicts.