A True Story: A Righteous Man Can Escape Disaster 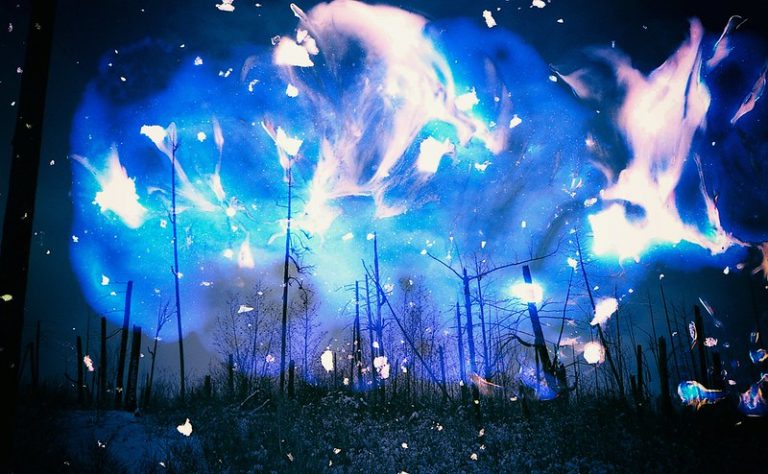 Mr. Wang was a kind and righteous man. He ran a hotel behind the county hall of Jiangning County, in the Province of Jiankang during the Song Dynasty. Like all good people, he was straightforward, honest, and fair in his business dealings, and so people called him Honest Wang. He also liked to help Taoist and Buddhist practitioners, and he was even respected by gods and Buddhas.

On the evening of February 15th in the Guimao year, (Year of the Rabbit) just as the shop’s door was about to close, several generals dressed in red, accompanied by many chariots and servants, suddenly appeared at the hotel for a rest.

The front desk receptionist hurriedly went to tell Wang. Wang immediately asked the receptionist to usher them in, and respectfully served them wine and food.

The next instant, an entourage appeared carrying a large bundle of ropes and tools. They walked up to the chief general and asked for an encirclement. The chief general nodded in agreement. The entourage walked out, nailed wooden sticks to the ground, tied ropes to the sticks, and then surrounded all the houses and recesses in the alleys and lanes with the ropes.

When they were finished, the entourage said to the chief general: “The ropes have enclosed all the buildings, and this shop is also enclosed.” The chief general replied:

“This hotel alone can be forgiven. If we don’t forgive it, people will not understand the justice of Heaven.”

The chief general continued: “Honest Wang believes in gods, treats people with sincerity, and is kind to others, and the Jade Emperor also knows it.”

Everyone agreed, and hurriedly pulled up the wooden sticks and untied the ropes surrounding the hotel, removing the hotel from the encircled area.

After that, everyone got on their horses and flew away, disappearing in an instant. When Wang and the receptionist looked for the wooden sticks and ropes that had been placed around the houses, they had all disappeared. They were really shocked!

Two days later, a big fire broke out in Jiankang. All the houses that had been surrounded by the ropes burned down. Only Wang’s hotel remained intact, surrounded by ashes.

Righteous people are rescued and protected by Heaven

Just like a person’s illness, disasters in the world are not without reason; gods arrange them. Whether people can avoid disasters relates to their morality, and virtuous people will not be among those affected.

As Wang was righteous, believed in gods, was fair in business, and treated people kindly, he had accumulated virtue. To encourage him to do more good deeds, gods let him see the arrangement of disasters, and this is why he was able to avoid them.