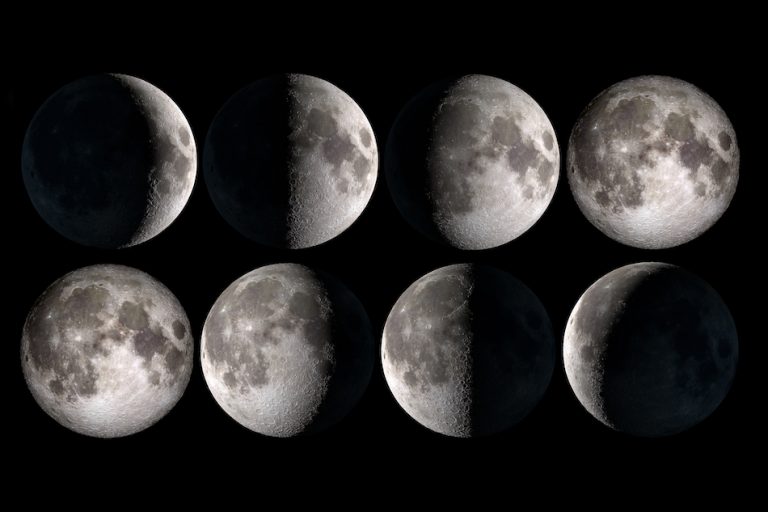 Traditional Chinese astronomy can be traced back to the time of the legendary emperor Fu-hsi, almost 5,000 years ago. (Image: Delstudio via Dreamstime)

The moon has been the source of legends and stories for thousands of years. It is the largest visible body in our night sky, but among all of its aesthetically pleasing qualities, the moon — together with the sun — has served as an important tool for timekeeping in Chinese history. And they still do today, especially for Chinese New Year.

Traditional Chinese astronomy can be traced back to the time of the legendary emperor Fu-hsi, almost 5,000 years ago.

The lunar calendar was the basis for the calendars of the ancient Babylonians, Jews, Greeks, and the Chinese. The Chinese are one, among only a few civilizations, to have developed and still use two parallel calendar systems, even in today’s modern age.

Without a calendar, it would have been difficult for farmers to determine when is the best time to plant or harvest. The farmers needed a calendar that would tell them the best times for planting and harvests, activities that followed the seasons of the natural year. In short, they needed a solar calendar.

However, following a calendar was one thing, while understanding how it actually worked was another.

Because the workings of the calendar and the establishing of the seasons and holidays, such as the New Year, were too complicated for a layman to understand, a number of stories and folk tales were developed to simplify the explanation of how the calendar worked.

The Chinese calendar system also has a zodiac, which is a 12-year cycle symbolized by 12 different animals, each one marking a new year. So depending on the year one is born in, one’s character is traditionally said to closely correlate with the qualities related to that animal symbol in the zodiac circle.

Although the Gregorian calendar has been introduced to China, the Chinese calendar is still used to determine the days of traditional festivals.

There are four main festivals placed around the Chinese calendar:

The internationally known and probably most popular Chinese festival is Chinese New Year. This year, Chinese New Year falls on Friday, February 12, 2021. According to the Chinese Zodiac, 2021 is the year of the Metal Ox.

The monster who feared bright colors, light, and loud sounds

The Chinese word for “year” is “nian.” According to Chinese legend, the Chinese word for nian was once the name of a monster in ancient China. According to the lore among farmers, the monster would sleep most of the time, but would awake on the “thirtieth day of the twelfth or the final month in the traditional Chinese calendar.” On this day, he would roam around preying on humans and livestock.

However, on one New Year’s eve, Nian had several horrific experiences that made him flee with fear. In one village, the loud exploding sound of herding whips frightened Nian. In another village, he spotted bright-colored clothes hanging out to dry. Their bright colors scared him so much that he fled again to the next village, where a very bright light made him feel so dizzy that he became terrified and fled again.

In this way, people discovered that Nian’s weaknesses were its fear of light, bright colors, and loud sounds. So they came up with a way to scare away Nian. They set off fireworks and firecrackers, causing flares of brightly colored lights and loud explosions, all of which intimidated Nian so much that he fled and never returned. Ever since, according to the legends, this has become the way the Chinese people celebrate the New Year.